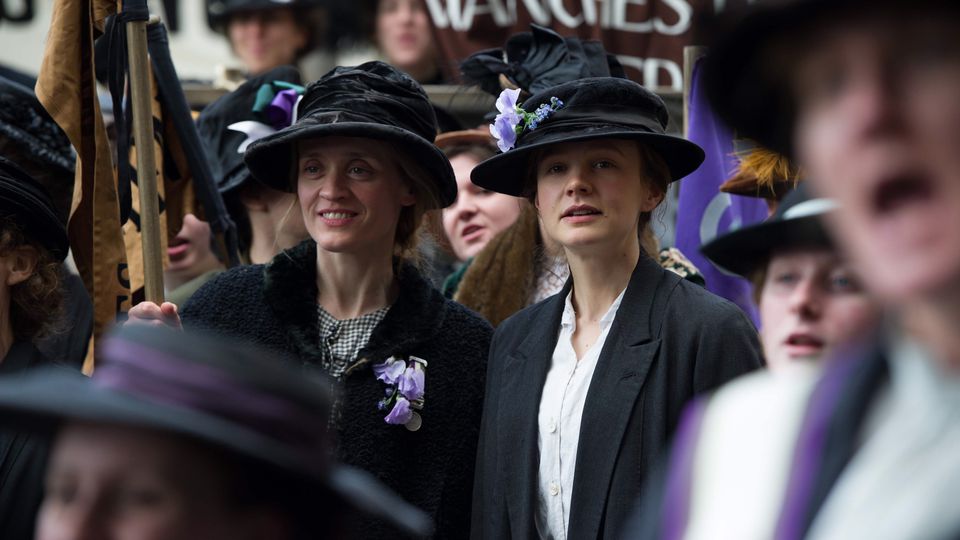 I have a crush on Carey Mulligan.

There, I’ve said it.  The British actress has displayed, both on stage and in films, the kind of charm, intelligence and acting skills that don’t come around all that often.  After making a splash in 2009 with her Oscar-nominated turn in “An Education,” Mulligan has been so smart in her film career, choosing to work with great actors and directors: Ryan Gosling and director Nicolas Winding Refn in “Drive” (2011), Michael Fassbender and director Steve McQueen in “Shame” (2011), Leonardo DiCaprio and director Baz Luhrmann in “The Great Gatsby” (2013), and Oscar Isaacs and the Coen Brothers in “Inside Llewyn Davis” (2013).

In 2015, she had a baby with Marcus Mumford (of the group Mumford & Sons), as well as starring in Thomas Vinterberg’s acclaimed remake of “Far From the Madding Crowd” and appearing onstage in both London and Broadway with a breathtaking performance in David Hare’s “Skylight.”  (You can see, I’m a fan.)  So I was so excited to see what is said to be her ticket to the Oscars this year, Sarah Gavron’s “Suffragette.”

I wish I could say it was good.

“Suffragette” depicts the movement to get women the vote in England in the early part of the 20th Century.  Mulligan portrays Maud Watts, a young laundress, who accidentally stumbles into the suffragette movement, which is backed by a co-worker Violet (Anne-Marie Duff), who is set to testify before Parliament for women’s rights.  Maud accompanies her for support, but when Violet shows up badly beaten by her husband, Maud is rushed into testifying in her place.  Exhilarated by her testimony, Maud becomes more involved in the movement, much to the chagrin of her husband Sonny (Ben Whishaw) who realizes that Maud’s growing activism is ostracizing their family from the community.

Maud persists, and with doctor/pharmacist Edith Ellyn (Helena Bonham Carter), she becomes more involved in the movement, participating in acts of civil disobedience that prompts a public appearance by legendary feminist Emmeline Pankhurst (Meryl Streep).  Inspired, Maud’s actions get her arrested several times, prompting Sonny, who is unable to raise their son Georgie by himself, to have the boy adopted by another family, which breaks Maud’s heart.  Nonetheless, she fights on and plans an act of civil disobedience involving the King which, though it has a tragic result, gives the movement the kind of visibility that it needs to be successful and get women the vote.

What “Suffragette” is good at is depicting the kinds of hell that these women had to endure.  When we think of suffragettes, we often think of newsreel footage of well-dressed women marching with placards, and that’s it.  The film shows how protesting women were beaten by police and subjected to harrowing treatment in captivity, something the newsreels never showed.

That being said, “Suffragette” is sincere.  It is heartfelt.  And it is, unfortunately, boring.

The problem is not in front of the camera.  Mulligan is really good, guiding us through the feminist movement and giving us an understanding of what women at that time (especially women with kids) had to sacrifice in order to meet the greater goal.  Bonham Carter is finally free of the gargoyle makeup to which her husband Tim Burton regularly subjects her in his films, and the result is a breath of fresh air in her career.  And if you have to cast an iconic actress to play an iconic feminist who electrifies audiences with a speech from her balcony, Streep is just the person to fill the role.

The problem is that the script by Abi Morgan (Streep’s “The Iron Lady”) is just too on the nose.  The film feels the need to have opening titles to explain the situation for women at that time in England (as if we couldn’t figure that out) and then proceeds to use the dialogue to teach us what feminism is about.  If only Morgan’s script had expanded Maud’s universe to show what the suffragette movement meant to English politics at the time.  Instead we get the narrow view of Maud at the laundry, with her family and finally becoming radicalized in the movement.  The points that Morgan wants to make are certainly made, but it is at the expense of characterization, which minimizes audience involvement in the film.

I’m convinced there’s a great movie to be made about the struggle for women to get the right to vote, but “Suffragette” isn’t it.

The GOP Debates: Round 4 — The Main Event