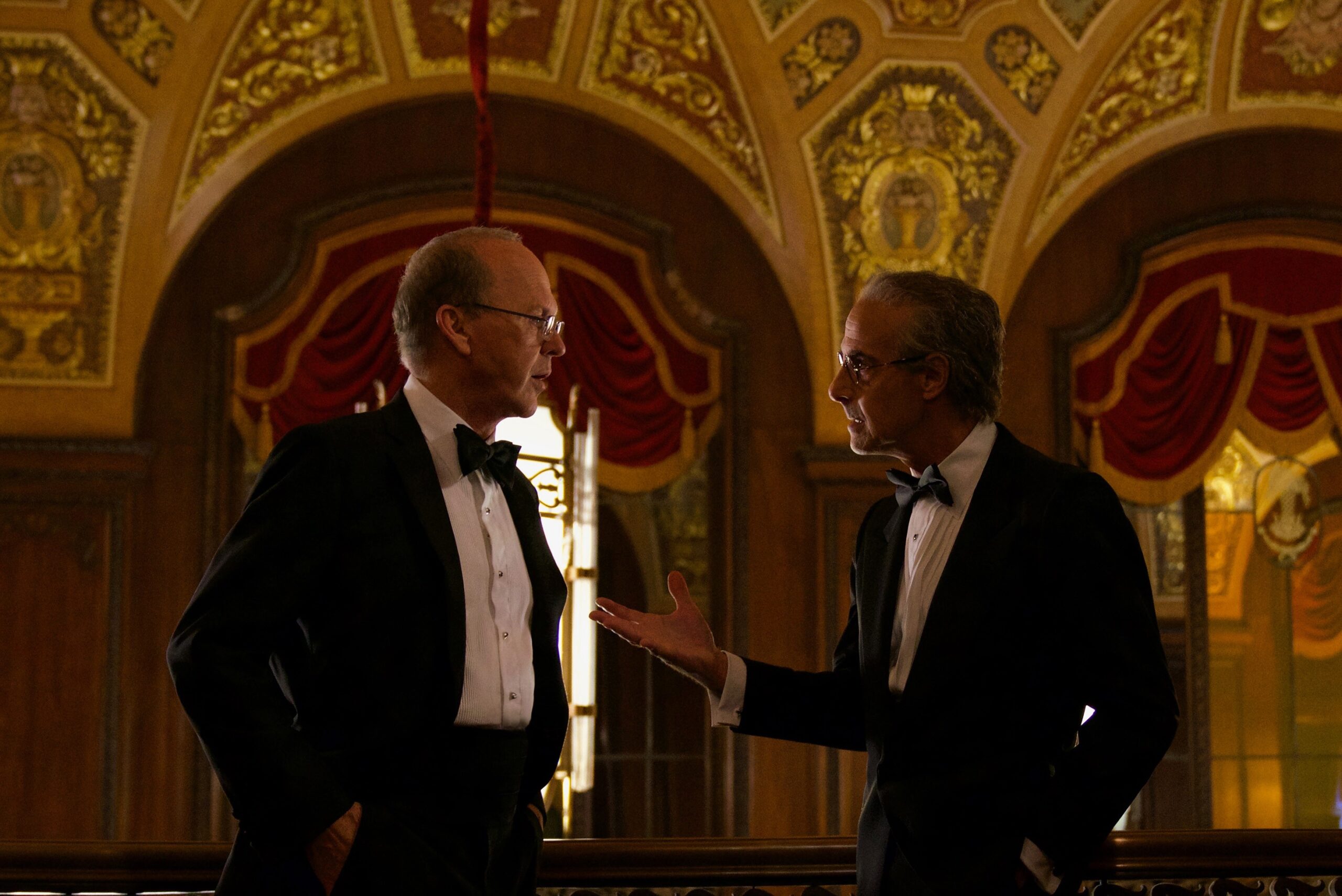 “What is life worth?”

It’s a provocative question that begins (and continues throughout) “Worth,” director Sara Colangelo’s new film (now steaming on Netflix), which is set in the weeks and months after 9/11 and perceptively examines the cost, both financially and emotionally, that it sometimes takes to make things right.

Still reeling from the devastating attack on that dark day, the U.S. Government quickly realizes that, should the grieving families of the 9/11 victims decide to sue the airlines involved for compensation, the entire U.S. economy could collapse. To stave that off, they propose establishing a treasury fund to offer economic compensation for those families in exchange for their agreeing not to sue.

The difficult job of making this work falls to lawyer Ken Feinberg (Michael Keaton) who, along with his partner Camille Biros (Amy Ryan), has had years of experience settling cases like these for victims, for example, of asbestos and Agent Orange. There’s a formula for compensation that has worked in the past, so if he just applies it to this case as well, all will be taken care of, right? There’s just one thing, however, that Ken has failed to take into consideration.

For example, CEOs in corner offices died when the Twin Towers fell. So did busboys at Windows on the World upstairs. Are their lives worth the same dollar amount? If not, why not, and who’s going to determine who gets what? No standardized formula is going to answer that.

And what about the cases that don’t fit the formula? Max Borenstein’s screenplay suggests many in general but focuses on two in particular: a young widow (Broadway actress Laura Benanti, terrific) grieving her beloved husband, unaware that he fathered a second family that is claiming compensation, and a gay man whose partner died just days before their civil ceremony was to make their union legal, thus the compensation check for his loss would go instead to his partner’s steadfastly homophobic parents. What should take precedence here, the film asks — what if something demanded by the law simply isn’t just?

As dictated by the material, “Worth” isn’t necessarily interested in dazzling visuals — many of the film’s most important scenes are set in simple conference rooms. But it’s what goes on in those conference rooms that’s the meat of the film, and Colangelo’s sensitive work with coaxing top-line performances from her cast is where her greatest strengths lie. When you’re working with actors of the caliber of Ryan and Benanti, you expect them to dig into their characters, but even they surprised me at how much depth they bring out in their performances.

Then there’s Stanley Tucci. This isn’t one of those oversized Tucci performances — as community organizer Charles Wolf, the thorn in Feinberg’s side that spurs him on to find a way to do the right thing, Tucci keeps his gestures small, his voice level and his acting precise. This is the Stanley Tucci of “Spotlight,” and it’s a beautiful piece of work.

But “Worth” is truly Keaton’s show, and here he delivers his best screen performance in years. Like Tucci, Keaton dials it down, much to the film’s benefit, concentrating on Feinberg’s quiet desperation to find some way to make his plan fair to all. Watch him as he interacts with members of the surviving families — he often has no lines but Keaton still communicates that he’s not only intently listening, but thinking as well. Even Keaton’s Massachusetts accent, an affect which some actors use to show off, here feels genuinely lived-in. It’s a joy to see him working at the top of his game again.

If there’s a problem with the film (and it’s not an inconsiderable one), it is Colangelo’s repeated use of testimonials of the bereaved. The first few are moving and absolutely necessary, reminding us of the personal cost of the attack and serving the key plot function of helping to turn Feinberg’s heart away from his spreadsheets. But they keep coming throughout the film, and Colangelo’s reliance on them leads to diminishing returns as the film progresses, not to mention taking valuable time out of the progression of the main storyline.

Still, Colangelo succeeds in meeting the challenge of telling a dispassionate story in the midst of a very emotional time. Better yet, she never loses sight of the important message of “Worth”: that the ultimate price of a human life is dearer than any spreadsheet can provide.

“Worth” is now streaming on Netflix.

This review was originally published at Next Best Picture.