This Valentine to Sam Elliott in “The Hero” is Wonderful, Though the Movie That Surrounds It Is Not 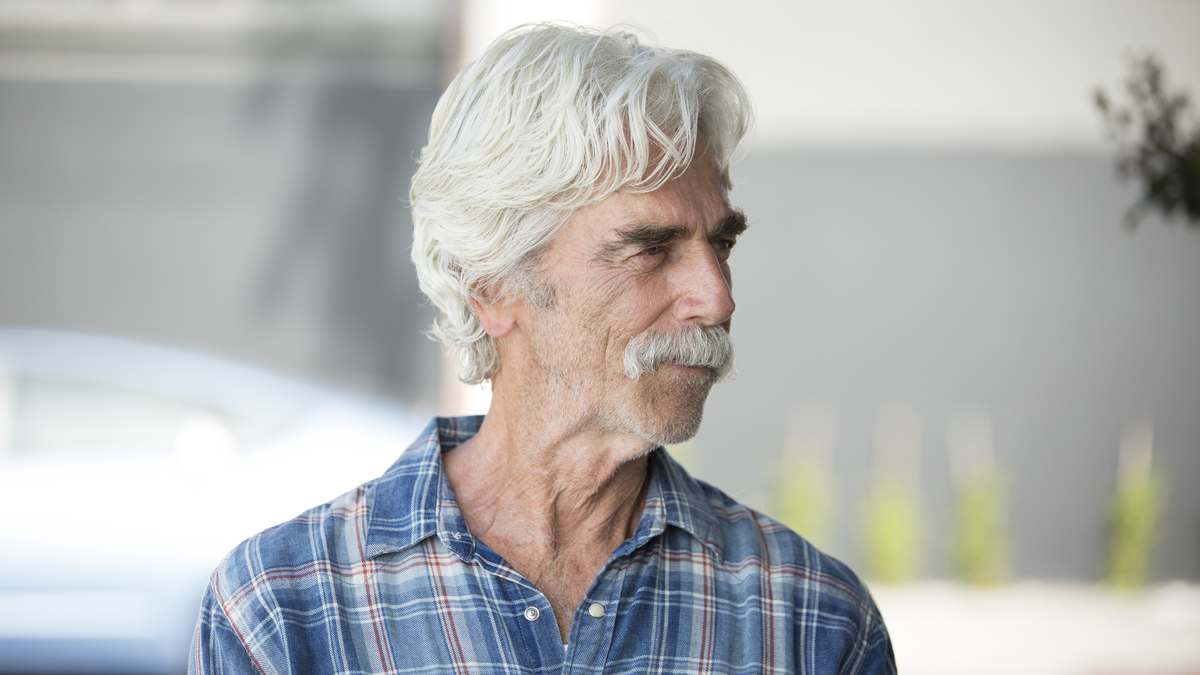 “Lone Star Barbecue Sauce: the perfect partner for your chicken” is the first line we hear in “The Hero,” and we hear it over and over again.

The voiceover delivery by aging movie star Lee Hayden (Sam Elliott) in this commercial is perfect the first time, but the off-camera director insists on multiple takes which a frustrated Lee takes in stride.  He has to, because voiceover gigs are about all he has left in his once shining acting career.

Now in his 70s, Lee has been a journeyman actor for most of his career, mostly in TV westerns, such as “Cattle Drive,” in the days when they were still making TV westerns.  Today, he is primarily remembered for one role — the title character of a western film called “The Hero.” which hit big in the 1970s and whose reputation he’s been living off of ever since.

For star Sam Elliott, this version of “The Hero” is designed as the warmest love letter for which an actor could ever hope.  Elliott, whose 40-year career is one of the most enduring in show business, burst into film stardom in 1976’s “Lifeguard” in which his buff body and yes, that mustache, caused ladies (and a few men) to swoon and launched his successful film career, featuring such terrific movies as “Mask” (1985), “The Big Lebowski” (1998) and “Up in the Air” (2009).  And he has recently had a late-career boost as a Medicare heartthrob in such films as “Grandma” (2015) with Lily Tomlin and Brett Haley’s “I’ll See You in My Dreams” (2015) with Blythe Danner.

But it was in westerns where Elliott felt most at home.  Though he would play a bad guy occasionally, Elliott was usually cast as a sheriff or some kind of upright authority figure in such films and TV movies as “The Sacketts,” “The Quick and the Dead” and, of course, “Tombstone.”  He just seems to fit naturally with a badge, a pair of chaps and a ten-gallon hat.

What also fits Elliott perfectly is the role of Lee Hayden, whose career can be seen as a less successful version of Elliott’s.  In fact, Lee was written as a Valentine to Elliott by his “I’ll See You in My Dreams” director Haley, and it’s the kind of big meaty part that hasn’t been offered to Elliott in years, and, not surprisingly, he knocks it out of the park.

If only the movie that surrounded that Valentine was up to Elliott’s standards.

Let’s face it — you’ve seen “The Hero” before.  It may have been in some other guise, but you’ve seen it.  Self-oriented career man gets a cancer diagnosis — pancreatic in this case, so he knows he’s a goner — and comes to realize how badly he’s treated those who loved him, such as his daughter Lucy (Krysten Ritter) and his ex-wife Valarie (Katharine Ross — yes, that Katharine Ross!).  And his spirit is renewed by the love of a beautiful younger (and in these kind of movies, it’s always younger) woman.  The end.

In this case, Lee, who has become a real pothead in his later years, thanks to Jeremy (Nick Offerman, who’s wonderful as always), his dealer and former “Cattle Drive” co-star.  At Jeremy’s, he meets another one of Jeremy’s clients, Charlotte (Laura Prepon), a stand-up comic who takes a real shine to Lee.  And one thing leads to another, of course.

Lee takes Charlotte as his date to an awards ceremony, where Lee is being given a lifetime achievement award, but while accepting the honor, Lee does something at the podium that goes viral and suddenly his dormant career explodes with offers just at the time that he doesn’t want it.

Not exactly compelling drama, but Elliott puts all of his considerable talents into selling it.  And that’s exactly why Sam Elliott is the kind of actor who richly deserves the kind of love letter that is exemplified by “The Hero.”

Junior Steps In It

Emmy Nominations: With “Game of Thrones” Out, “SNL” and “Westworld” Fill the Void with 22 Nominations Each