In “Everybody Knows,” Penélope Cruz and Javier Bardem Are Still the Hottest Couple in Movies, But Does Their Casting Work Against Them? 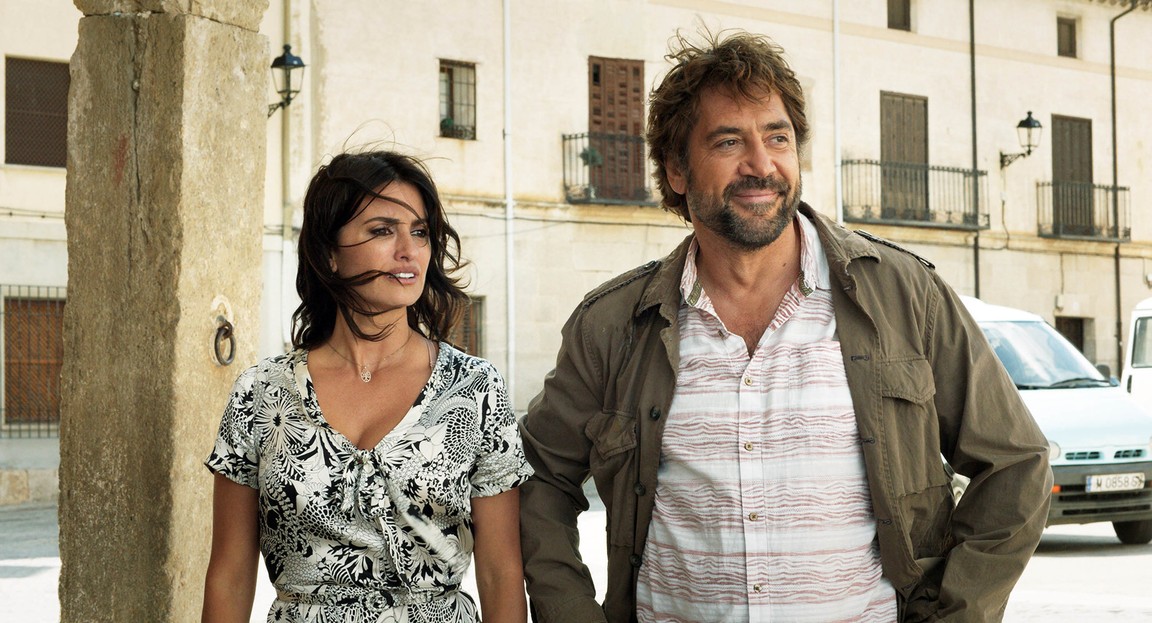 As one of the most respected directors working today, Iranian filmmaker Asghar Farhadi has done many things incredibly well, but there has been one big challenge that he had not yet faced — working with movie stars.  But his latest film, “Everybody Knows,” has changed all that, as Farhadi has brought on board two of the world’s most popular actors — Academy Award winners Penélope Cruz and Javier Bardem.

One of the few directors to win Academy Awards for two foreign-language films, Farhadi displayed a deft and insightful hand in his screenplays to those works, “A Separation” (2011) and “The Salesman” (2016).  One of Farhadi’s major skills as a writer is to disguise his films’ major themes within naturalistic dialogue, so in what sounds like a casual conversation can reveal what Farhadi is really trying to say.  It’s a skill that is uniquely his among screenwriters working today.

That skill is amply evident in “Everybody Knows” as we follow the story of Laura (Cruz) who has returned to Spain from her home in Buenos Aires for the wedding of her younger sister, Ana (Inma Cuesta) at the family mansion.  Traveling with her daughter Irene (Carla Campra), and son Diego (Ivan Chavero), Laura is joyously reunited with her father Antonio (Ramon Barea), and the mood at once becomes festive.

Once Irene is wed to her groom (Roger Casamajor), the party starts.  Anyone who’s seen a movie or play that involves a wedding reception knows that the real drama comes out when the guests have had a little too much to drink, and secrets are inevitably spilled.  So it is here when local winery owner Paco (Bardem) reunites with Laura with whom he was once romantically involved and for whom he may still have feelings.  (On a side note, I don’t ever think I’ve seen Bardem, who specializes in brooding or threatening characters, play someone so genuinely happy as Paco — when Bardem revealed a joyous toothy smile, it was as much a revelation to me as Garbo speaking.)

Meanwhile, Irene is having a tryst of her own in the bell-tower with Paco’s nephew Felipe (Sergio Castellanos).  It seems that both apples don’t fall far from both trees.

Suddenly the power goes out and a thunderstorm begins to rain on the partygoers, a sure sign that the tone of the movie is going to change.  And change it does when it is discovered that one of the family members has vanished from the party.  Is it a voluntary disappearance, or is it something worse?  When the first ransom note comes in, it’s clear to the family that it’s something much much more dire.

It’s the transition from a light romantic comedy to a kidnapping saga where “Everybody Knows” encounters some bumps in the road.  Laura’s much-older husband Alejandro (Ricardo Darín, very good), who had been detained on business in Argentina, appears on the scene as does a retired detective (Jose Angel Egido) who asks some very personal questions in his investigation of the abduction.

What’s missing in the shift to the kidnapping story, however, is Farhadi’s voice.  Even though the tone in the first hour of “Everybody Knows” is lighter than in “A Separation,” “The Salesman” or his underrated 2014 film “The Past,” they all speak from the same sensibility with a writing style that at first seems merely conversational it but only later reveals hidden depths of meaning.

Unfortunately, most of that is gone in the mystery saga in which the dialogue takes a “just the facts, ma’am” approach and the focus remains more on “who done it” and less on “why they did it.”  Yes, there are revelations still to be had, but unfortunately the big plot twist of “Everybody Knows” is easily guessable by the film’s casting.  (Sometimes there are some downsides to casting stars.)

Still, there’s enormous pleasure provided with the presence of Cruz and Bardem together.   Their on-screen chemistry leaves no doubt that Laura and Paco were (and still are) right for each other, and when they’re together, there is at times a hint of melancholy when they look back at what they might have had if the fates had been kinder and they could have stayed together.

Farhadi’s skill with actors still shines through — there must be a couple of dozen supporting roles here, and the performers involved each add a little to the mosaic of the story.  And the film is a pleasure to look at — the cinematography by 80 year-old José Luis Alcaine is pitch perfect — with lush golden tones during the celebratory scenes to the blues and greys of the scenes in the investigatory sequences, matching the varying moods of the characters to the visuals.

Still, “Everybody Knows” must be chalked up as a bit of a disappointment for Farhadi fans.  The director used a similar plot in his 2009 film “About Elly,” so after the twin triumphs of “A Separation” and “The Salesman” (plus I’d add “The Past” too), “Everybody Knows” feels like a bit of a backward step for Farhadi.  “About Elly” may have worked in 2009, but in “Everybody Knows,” the predictable plot, though enjoyable, at times can smother the considerable skills that he has developed since then.

Portions of my review have previously appeared @NextBestPicture.

“How To Train Your Dragon: The Hidden World” a Moving Conclusion to a Great Animated Trilogy