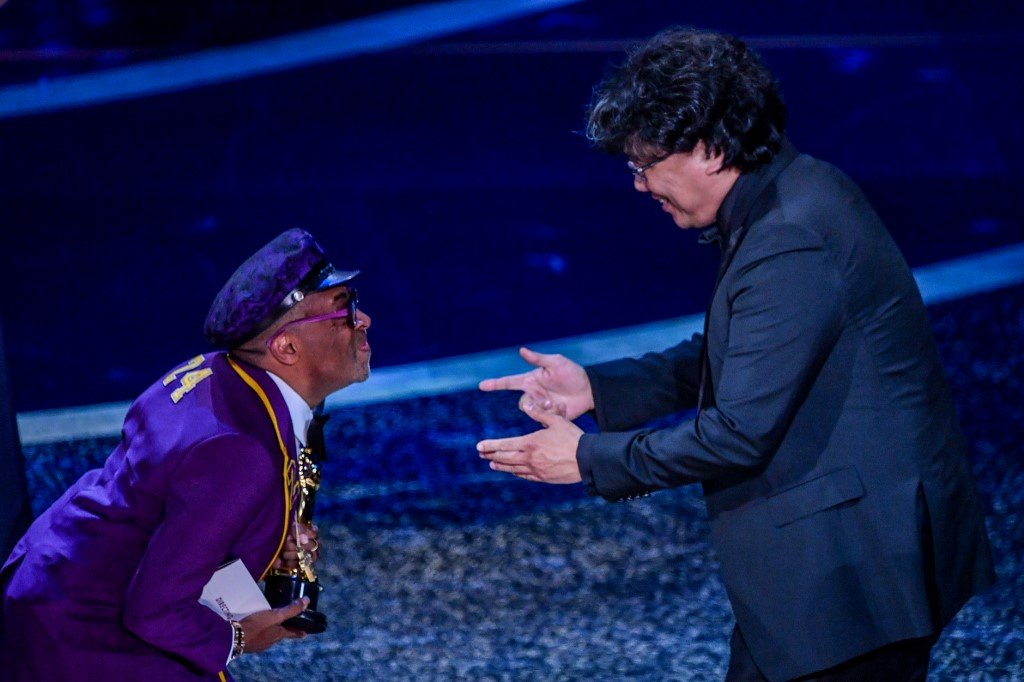 Well, that was one for the ages.

Sunday night’s telecast of the 92nd Annual Academy Awards was, to my mind, the best in recent memory.

The hostless broadcast, though lengthy, flowed seamlessly, with the return with performances of all five nominated songs, plus a surprise performance by Eminem, who rapped his 2003 Academy Award-winning song “Lose Yourself” on the Oscar stage for the first time (he skipped the ceremony 17 years ago), which I enjoyed (because I like the song) but one which TV critics questioned as to “Why now?”

In addition, the producers included clips to accompany each acting category, so that anybody who missed “Richard Jewell” in theaters (which is just about everybody) can understand why Kathy Bates was nominated as Best Supporting Actress.  The inclusion of clips is a much welcomed return.

The acting winners provided zero suspense, as Renée Zellweger (“Judy”) and Joaquin Phoenix (“Joker”) swept the leading categories as they have done all season, as did supporting actors Laura Dern (“Marriage Story”) and Brad Pitt (“Once Upon a Time…in Hollywood”).  Each of them have delivered potent speeches all season, but last night, Dern was the one who improved her “thank you” speech the most, looking directly at her emotional mom, Oscar nominee Diane Ladd, to express her appreciation to Ladd and dad Bruce Dern..

But the real stunners came in the non-acting categories.  It was expected by several Oscar prognosticators that Bong Joon-ho’s “Parasite” would take the International Feature prize, Noah Baumbach’s script for “Marriage Story” would be named Best Original Screenplay and that the “single-take” World War I film “1917” and its director Sam Mendes would win their respective categories.

I didn’t quite work out that way.  Yes, “Parasite” did win that International Feature Oscar, but its winning streak didn’t stop there.  It won the Original Screenplay prize for its inventive script, and, in an iconic moment, Oscar winner Spike Lee presented the Best Director award to Bong (pictured above).

The big shocker, however, was when Jane Fonda opened the envelope for Best Picture and, after a dramatic pause announced that the winner was “Parasite.”  The roar of approval from the audience was among the loudest I’ve ever heard at the Oscars, and when the producers tried to rush the winners off the stage by lowering the stage lights, the audience, led by Tom Hanks, began chanting “Up! Up! Up!,” and sure enough the lights were brought back up and the celebration continued.  (In Hollywood, if Tom Hanks tells you to do something, you do it.)  “Parasite” thus becomes the first film not in the English language to win Best Picture.

As for me, I’m taking the rest of the day off.  It’s been a long Oscar season.  But tomorrow, I’m right back at work prognosticating.  After all, the 2020 Academy Awards are just around the corner.

Here are the nominees and winners of the 2019 Academy Awards:

Category winners are in bold.

Avengers: Endgame
The Irishman
The Lion King
1917
Star Wars: The Rise of Skywalker

1917
Ford v Ferrari
Joker
Once Upon a Time… in Hollywood
Star Wars: The Rise of Skywalker

In the Absence
Learning to Skateboard in a Warzone (If You’re a Girl)
Life Overtakes Me
St. Louis Superman
Walk Run Cha-Cha

American Factory
The Cave
The Edge of Democracy
For Sama
Honeyland

How to Train Your Dragon: The Hidden World
I Lost My Body
Klaus
Missing Link
Toy Story 4

Brad Pitt, Once Upon a Time… in Hollywood
Al Pacino, The Irishman
Joe Pesci, The Irishman
Anthony Hopkins, The Two Popes
Tom Hanks, A Beautiful Day in the Neighborhood

In the Indie Film “Standing Up, Falling Down,” Billy Crystal Delivers His Best Performance In the Last Two Decades