After 22 Seasons, “The Soup” Comes to a Close — A Personal Remembrance 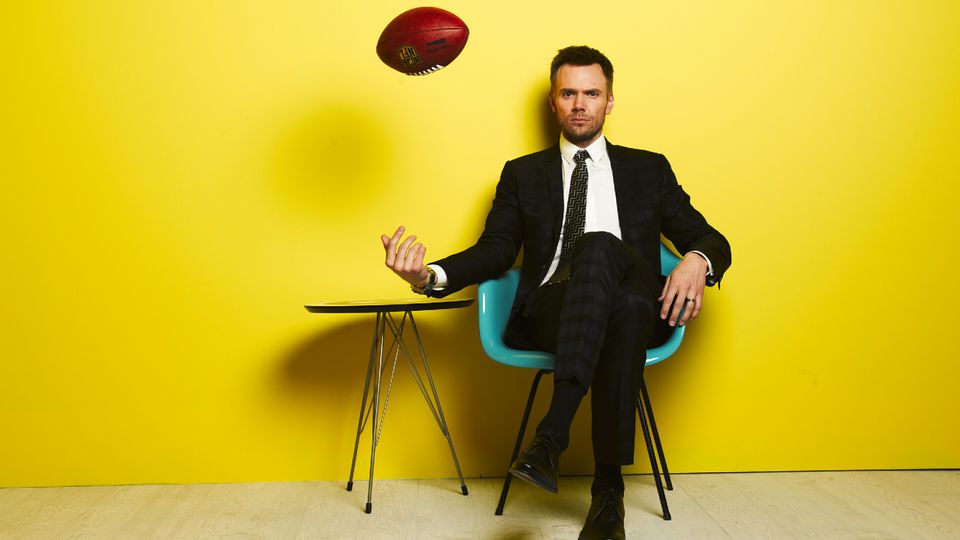 After this weekend, Friday nights are going to be a lot less funny.

After 22 snarky seasons, the hilarious green-screen clip-fest, “The Soup,” will end its long run as E! airs its final live show this Friday at 10pm ET.   Shows come and go, I know, but the cancellation of this particular program has a great personal meaning to me.  More on that later.

“The Soup” has had a fascinating history.  The first iteration of the show, then called “Talk Soup” and hosted by future Oscar nominee Greg Kinnear, premiered in January 1991 and focused its snark on daytime talk shows, with the week’s most inane clips commented upon by Kinnear and company.  Subsequent hosts of the show included comics John Henson (1995-1999), Hal Sparks (1999-2000) and Aisha Tyler (2001-2002).  Once the fad for daytime talk shows began to diminish in 2002, however, “Talk Soup” was cancelled.

Then a miracle happened — reality television.

E! saw an opportunity to give this suddenly hot genre the “Talk Soup”- style razzing and decided to reboot the series.  On July 1, 2004, the new show debuted under the unfortunate title of the “What the…? Awards,” though E! quickly came to its senses and rebranded the series as “The Soup,” different enough to indicate a slightly different focus of mockery but close enough to let fans know that their beloved show was back.

Probably E!’s wisest decision on “The Soup” was to hire as its host a young improv comedy actor named Joel McHale from Seattle.  Joel had some of the same snarky qualities as the previous “Talk Soup” hosts, but he also had a mischievous side, with a kind of conspiratorial look to the audience that seemed to say, “We both know this is ridiculous, but let’s have some fun with it anyway.”

And have fun McHale and crew did for the next 11 years.  In addition to cutting to pieces the week’s stupidest reality clips, the show managed to create some recurring characters that became audience favorites, such as Mankini (the show’s writer/producer Dominic DeLeo) whose entire character is being a man wearing a bikini top, Jewbacca (Chewbacca’s lawyer) and Spaghetti Cat, which is simply a cat eating pasta.  Absolutely ridiculous.  But it worked.

Some of the show’s most memorable moments involved celebrities whom the show regularly mocked coming on to get their revenge (and they always got it).  Even the Kardashians (who quickly became “The Soup’s” go-to target) regularly showed up to give Joel a taste of his own medicine.

Perhaps my favorite celebrity segment involved NBC News anchorman (at the time) Brian Williams, whose primetime magazine series “Rock Center” was a regular target of the “Soup” crew for Williams’ alleged catty comments during many of the show’s stories.  “The Soup” renamed the show “RRRrrr with Brian Williams” with the logo as a kitty cat showing his claws.  One week when the show was based in New York, Joel was dismayed that they had no Brian Williams clips to mock.  Suddenly Williams himself appeared and launched into a newsman’s “appreciation” of “The Soup” and of E!, a network whose idea of news, he said, is “following Selena Gomez into a Pinkberry.”  When Joel interrupted to marvel that Williams was “RRRrrring them in person,” the newsman flicked him away with a “Quiet please Joel, an adult is talking,” and continued on from there.

Now to the personal side.

For the past 7 years, I considered myself a part of the “Soup” team working as one of the show’s censors.  (Yes, hard as it is to believe, this show did have a censor.)  In fact, my last hour of working for E! was covering “The Soup’s” live telecast on May 29, and as a going-away gift the cast and crew gave me a huge box of cupcakes on which was written the filthiest words imaginable.  It was a gift I will always treasure.  But that is the kind of people they are.

The impact that “The Soup” had on the cable television comedy scene was enormous and is still being felt today (cough**”Tosh.0″**cough), as well as numerous “Soup” spin-offs.  Joel and the writers simply brought it week after week, to the point we almost took their brilliance for granted.

So if you happen to be home on Friday night (or have a handy DVR), give Joel and his friends one last look.  I guarantee they’ll give you a laugh.  Or 30.

The GOP Debates: Round 5 — The Main Event