Is “Star Wars: The Force Awakens” Any Good? Does It Even Matter? 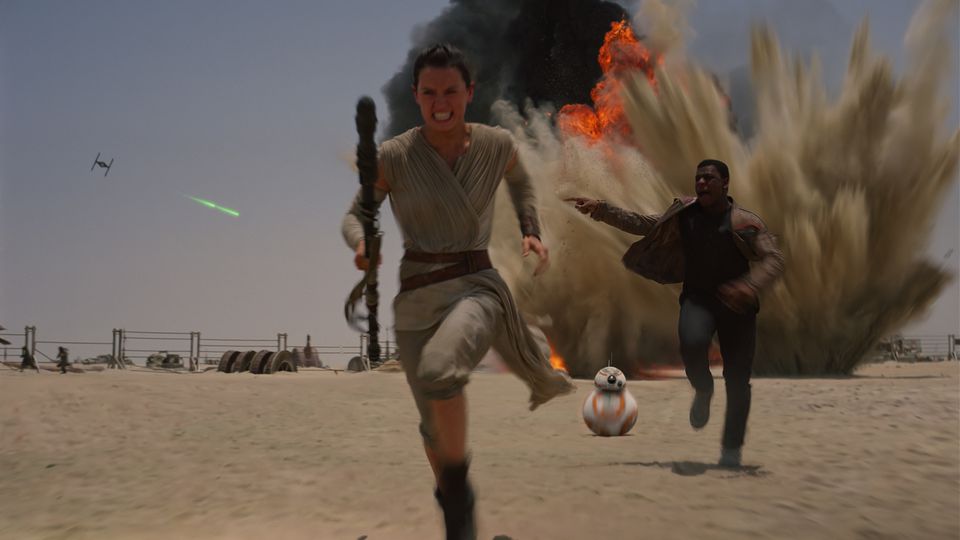 Let’s get to the big question.  Is “Star Wars: The Force Awakens” any good?

Whenever anyone asks if I’ve seen the film, the next thing they say is inevitably “Don’t reveal any spoilers!”  I haven’t done it with friends, and I won’t with you.  But the film does throw a lot of information at you right off the bat, as well as introducing all new characters, so there’s a lot to keep straight very quickly.  As a helpful guide, here’s a basic rundown as to who’s who and what’s what.

“The Force Awakens” takes place about 30 years after the second Death Star was destroyed.  The Galactic Empire has been replaced by the First Order, whose goal is (surprise!) to destroy The Republic, which is being staunchly defended by members of the Resistance, now being led by General Leia Organa (Carrie Fisher).  Leia is also preoccupied with the news that her twin brother and Resistance icon Luke Skywalker has disappeared.

Leia’s top pilot Poe Dameron (Oscar Isaac, terrific) is given a key piece to a map indicating Luke’s whereabouts, and just before he is captured by the First Order, led by the evil Kylo Ren (Adam Driver), Poe hides that map piece inside his droid BB-8, which escapes.  Poe manages to break free with the help of turncoat stormtrooper Finn (Jon Boyega, fine if a bit bland), who steals a fighter and flies off to freedom with Poe.  The plane crashes, however, and Finn makes his way to a nearby junkyard where he meets scavenger Rey (Daisy Ridley, very strong) who has taken possession of BB-8.  The First Order tracks Finn down and launches an airstrike on the compound, prompting the three (pictured above) to flee by stealing a nearby fighter which begins to look suspiciously familiar.  Hmmm…

That’s all.  Now you’ve met just about everybody.  There’s a lot of secrets being held by these characters, hence the spoiler warning, and the script is adept at ladling them out slowly.  In fact, the best thing about the script by skilled hands Lawrence Kasdan, Michael Arndt and director J.J. Abrams is that it is so very character-based.  Yes, as is obvious from the synopsis above, there is a lot of action here, but it is never at the expense of the characters.  These are intense, emotional people that these writers have created, and it is in their responses to these life-and-death struggles that their character is revealed.

Much the way that Abrams’ direction of the “Star Trek” reboot revealed a respect for the canon of that series, so too does he do that in “Star Wars.”  There’s no jokey Jar Jar Binks or merchandisable Ewok furballs here.  Abrams clearly respects those “Star Wars” icons who have come before while creating new characters with whom he hopes the audience will similarly identify.

For me, the only place where the film falls down is in Act 3.  [I have to be very careful here.]  Even though “The Force Awakens” is a fairly lengthy film, the film’s conclusion feels a bit rushed.  There are a few unexpected developments that should have a huge emotional impact on one particular character, but in its effort to quickly tie up all the loose ends of the plot, the fallout from these devastating events is left unexplored.  Perhaps in Episode 8.

Still, the film’s final shot, bringing old and new together, has an emotional resonance that I hadn’t anticipated but was very satisfied to see.  We can all relax now.  “Star Wars” is back in good hands again.