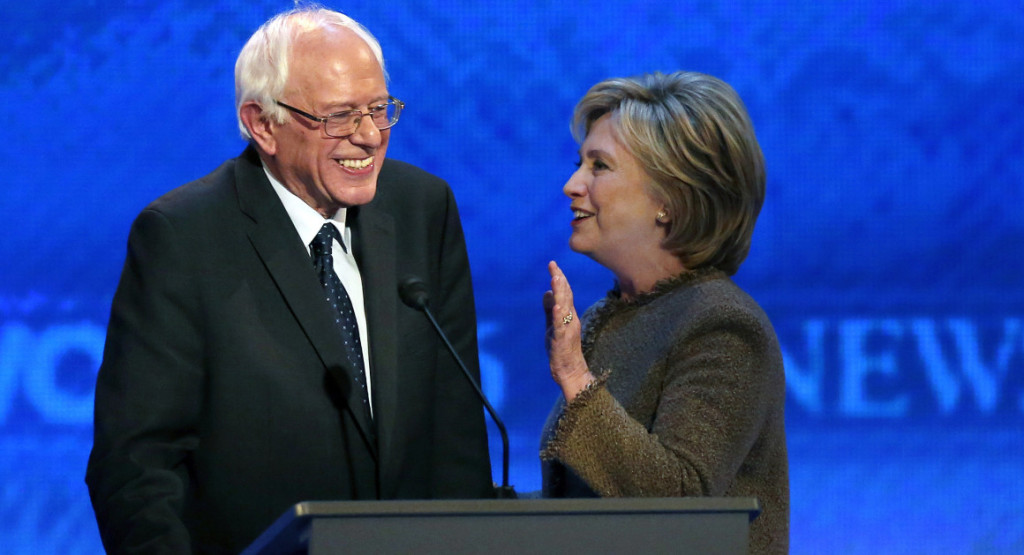 Saturday’s Democratic debate was not supposed to be a big event.  Being scheduled on the Saturday night before Christmas (more on that later), it was set to be a routine affair.  But the day before, it was revealed that a security issue between the Clinton and Sanders campaigns added an intense layer of drama to the proceedings.

Each campaign has access to a Democratic National Committee (DNC) database that includes detailed voter profiles in individual states.  The database also allows each campaign to create files that interpret those profiles to best help them reach those voters.  Those campaign files, however, have a firewall to keep rival campaigns from being able to poach that valuable proprietary information.

The company that provides the server, NGP Van, found a software glitch last week that they needed to fix, but while they were making that update, the firewall accidentally came down, and several Sanders campaign staffers, seizing an opportunity, allegedly downloaded some voter profile analysis from the Clinton campaign before the firewall was restored.  Cagey, but not ethical.  As a result, the Sanders campaign fired one staffer and suspended two more.  Nonetheless, the DNC immediately suspended the Sanders campaign from accessing any DNC voter database.

This punishment, seen by many to be a bit Draconian and will certainly harm the Sanders camp with only 6 weeks to go before the Iowa caucuses, only seems to feed on a growing perception that the Democratic National Committee, headed by Rep. Debbie Wasserman-Schultz (D-FL) who was arguably Hillary Clinton’s loudest cheerleader in her 2008 campaign, is trying to protect Clinton by setting only a small number of debates and scheduling them on evenings (such as Saturday night) that limit the amount of viewership, thus preventing insurgent candidates, such as Sanders and Martin O’Malley, from gaining any traction before a wide audience.  This issue will likely not go away soon.

On to the actual debate, which only a few shut-ins (and I) watched.  The data breach was, of course, asked about at the top of the show.  Sanders profusely apologized for his staff’s actions, and Clinton accepted his apology.  Over.  Done.

The only 2 other pieces of news to come out of the debate were statements both made by Clinton.  The first was that Donald Trump “is becoming ISIS’ best recruiter.”  Given Trump’s previous anti-Muslim statements, Clinton’s allegation has the ring of truth, but there has yet to be any demonstrable video that backs up that claim.  Trump is demanding an apology.  Keep waiting, Donald.

The other issue was Clinton’s contention that “we have ISIS just where we want them.”  No, no, no.  Don’t ever make statements like that, because reality sometimes has a way of interfering with your rosy scenario.  Once we get to the general election, I suspect that we will hear much more about this assertion.

I wish I could report that this debate was a game-changer, but it wasn’t, and Sanders needed to have a game-changer here.  Clinton is likely to win Iowa, Sanders will probably win neighboring New Hampshire, but once the primaries shift South with its vast contingent of African-American voters, on paper Clinton will likely wrap it up.  However, I’ve crumpled up many pieces of paper during the twists and turns of this campaign so far, so nothing is a certainty.

The next Democratic debate is scheduled for Sunday, January 17 in Charleston, SC.  (A Sunday night when people are actually watching?  Hallelujah!!!)   Be there or be square.

Is “Star Wars: The Force Awakens” Any Good? Does It Even Matter?