This Week in Trump 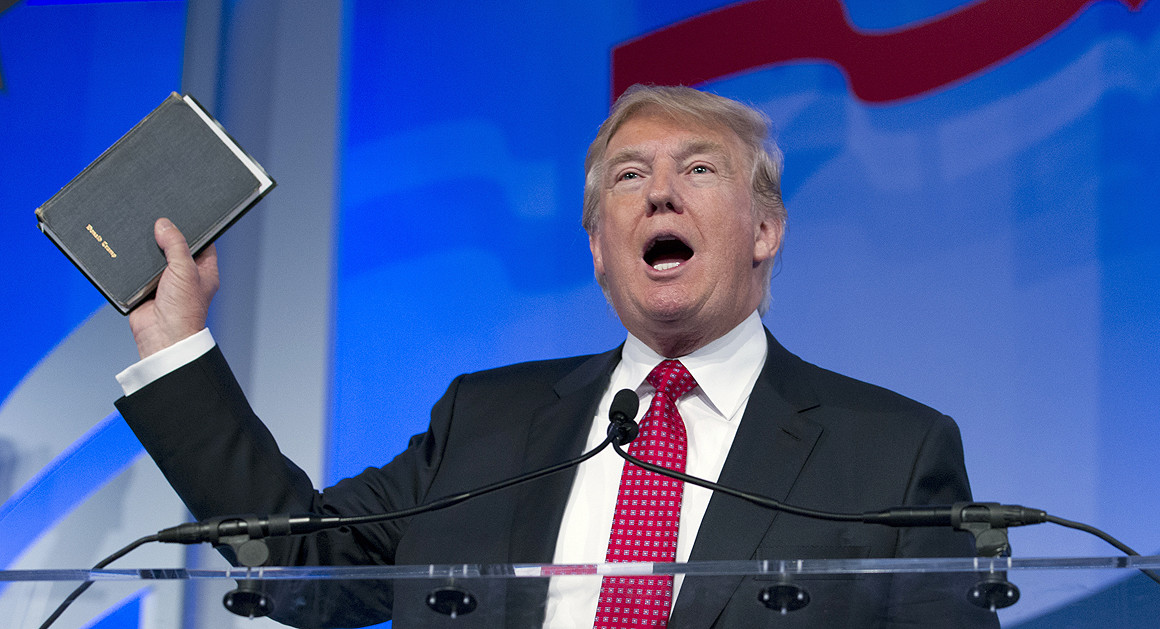 After a week of recharging my batteries and consuming every lobster roll within reach in Provincetown, I’ve returned to ask the all-important question:

As it turned out, I missed a lot, especially concerning one Donald J. Trump.  Let’s begin at the beginning.

I left political civilization last Thursday just as Trump’s tone-deaf response to the slaughter of 49 people at a gay nightclub in Orlando began to take hold.  Rather than comfort the nation or express condolences to the grieving families, Trump’s initial response was to boast how he had been proven right that Muslims are determined to kill Americans on our soil.  I figured that that was about as low as he could go.

Last Thursday, Trump attempted a cynical maneuver that was breathtaking in its audacity and its tastelessness.  Because the Orlando gunman was a Muslim, Trump sought to pit the LGBT community against Muslims, arguing that Muslims are trying to kill gay people, so LGBT Americans should flock to Trump, who wants to keep these gay-killing Muslims from entering the country. He wound up with this doozie:

“The LGBT community is starting to like Donald Trump very, very much lately.”

After a relatively quiet Trump weekend came Monday morning and the firing heard ’round the world.  You remember Corey Lewandowski, don’t you?  He was Trump’s thuggish campaign manager, most famous for being arrested for manhandling a female reporter at a Trump event.  Trump, of course, alleged that it was all the woman’s fault.  (The charges against Lewandowski were ultimately dropped.)

Well, at a Monday morning staff morning, Lewandowski was given the news that he was out of there and was escorted from the premises by armed security.  Apparently, this was a result of a coup by the Trump children — I’ve always said, do not mess with Ivanka! — who felt that Lewandowski’s approach to “let Trump be Trump” was not helping Trump or anyone else for that matter.  Reportedly, Trump, who brought in seasoned political operative Paul Manafort in the spring to manage the inevitable general election campaign, soon saw Manafort clash with Lewandowski and had to make a choice.  It’s never a good thing when a candidate fires his campaign manager a month before the convention nomination, but according to published reports, this move was way overdue.

Already, the firing of Lewandowski has brought forth dividends for the Trump campaign.  As Hillary Clinton was making a major speech on Tuesday mocking Trump’s business failures, the Trump campaign was able to respond on Twitter with a point-by-point refutation, something that is Campaign 101, but a tactic with which Lewandowski did not seem familiar.  And when Trump made his own broadside speech against Hillary on Wednesday, Manafort’s troops made sure that every one of Trump’s points was echoed on social media.

I am not in the habit of cheering on the Trump campaign, but in one sense, I am glad that they’re getting it all together, because, if Hillary Clinton wins in November, we will know that she not only won fair-and-square, but she did it against everything the Republicans had to throw at her.  And that would make her victory even more significant.  And even more sweet.