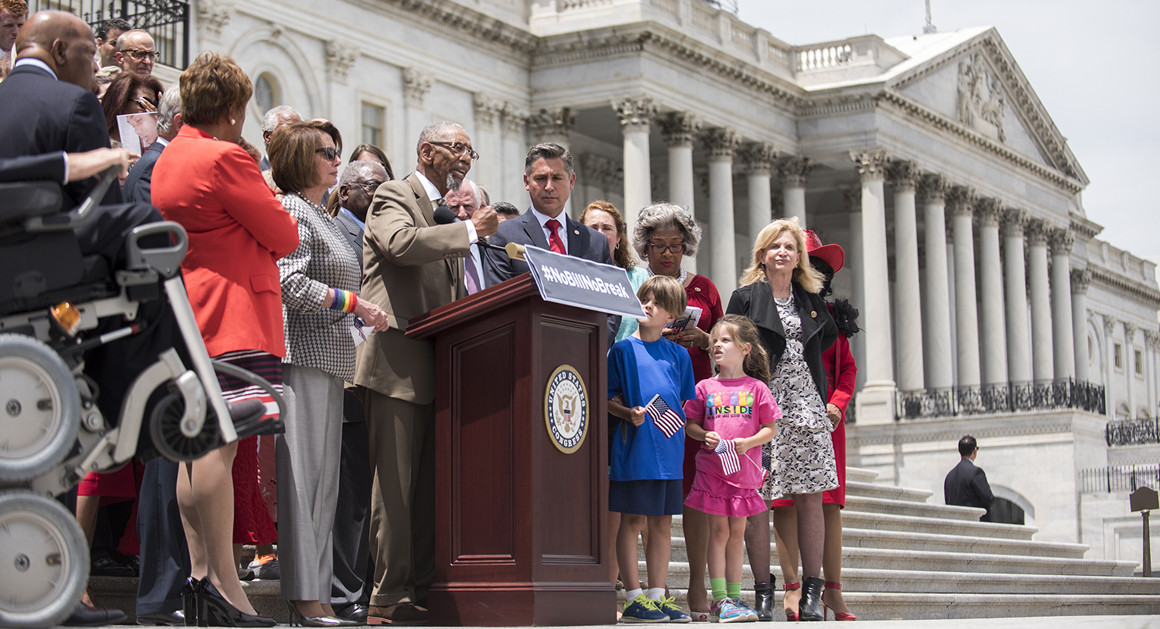 Here’s what happened in Washington over the last 24 hours.

The Democratic minority in the House of Representatives, frustrated by the lack of action in the Senate over gun control, decided to lead a sit-in in the House — I mean a literal sit-in, with members of congress, led by iconic civil rights stalwart John Lewis, plopping themselves on the floor of the House until that body gets to vote on meaningful gun control legislation after the slaughter of 49 people at a gay nightclub in Orlando, FL on June 12.

The sit-in lasted for over 25 hours, ending on Thursday afternoon, and though House Speaker Paul Ryan dismissed it as a mere publicity stunt, the sight of Rep. Lewis, a distinguished veteran of the civil rights struggle in Selma, AL in the 1960s singing “We Shall Overcome” in the well of the House, lended the Democratic action some much-needed gravitas (and publicity) which it otherwise might not have garnered.

For the sake of argument, let’s agree with Speaker Ryan and say it was a stunt.  By anyone’s calculations, it worked.  People are now seeing that the Senate, which shot down this legislation, is in favor of letting potential terrorists on the country’s “no-fly” lists buy an automatic rifle and other firearms without question on the grounds that there might be someone…maybe…who shouldn’t be on on the “no-fly” list and that interferes with that person’s “due process” rights.  Seriously?

Speaker Ryan gaveled the House into recess shortly after the sit-in began, so by arrangement, the C-SPAN cameras had to be turned off, but the network continued coverage of the sit-in using Periscope phone videos provided by the Democratic sit-in members themselves.  The footage was totally out of order and absolutely riveting.

Will this action do anything to help the cause of gun control in the House?    That’s unlikely, as the National Rifle Association appears to have a stranglehold on the members of the House and will continue to do so for some time to come.

What the sit-in did, though, was to give anti-assault weapons advocates some hope that there are voices in Congress ready to speak on their behalf should the balance of power change after the November election.  One can only hope.

This Week in Trump