“Tickled” — After the Giggles Stop, What’s Left is Dark and Scary 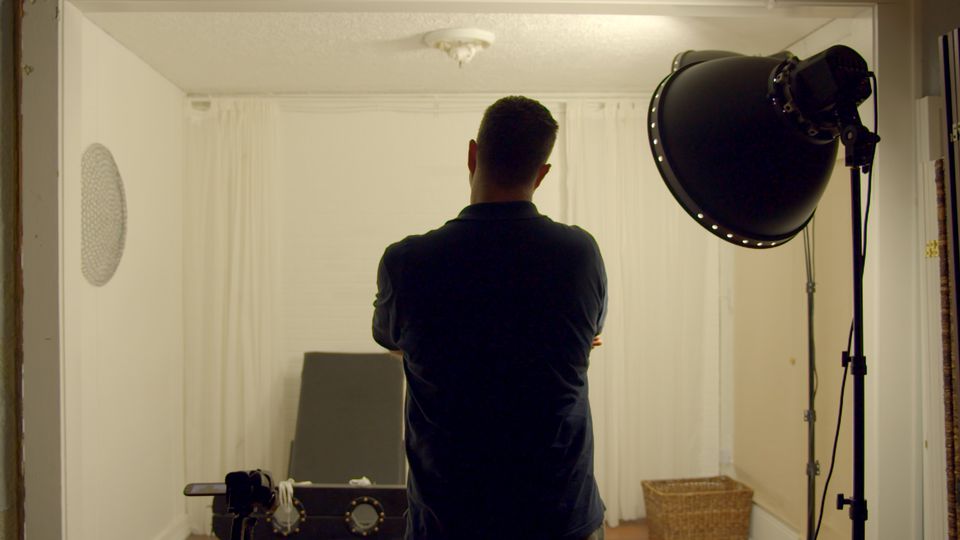 “Tickled” is a one-of-a-kind documentary about the world of “competitive endurance tickling.”  (It’s no joke — this thing really exists.)  At least the film starts out to be about competitive tickling.  Where it winds up is a whole darker place indeed.

Co-director David Farrier is a TV journalist in New Zealand whose specialty is doing offbeat stories — you know, the kind that features a dog doing the Charleston on his hind legs, so that the nightly newscast can end on an “awww” moment.  In his search for unusual stories, Farrier happens to stumble upon an online video in which buff young men (who are always clothed) compete in what appears to be a league as they tickle another jock (bound in wrist and ankle restraints) until the giggling victim cries out for mercy.  Who could resist covering a story like that?  So Farrier makes a simple request to the American production company, Jane O’Brien Media (no relation, thank God), for an interview about their videos.

What he got as an answer shocked him.  The company’s spokeswoman, Debbie Kuhn, responded with a curt dismissal of Farrier’s request — “To be brutally frank, association with a homosexual journalist is not something” the company would embrace.  (Farrier is openly gay.)  Kuhn went on — “We desperately do not want a homosexual participant base applying for this project,” adding that competitive tickling was a “passionately and exclusively heterosexual athletic endurance activity.”  To this hot fudge sundae of homophobia, Kuhn added a few personal gay slurs as the cherry on top.

The company’s absurdly over-the-top response to a simple interview request convinced Farrier that there was a deeper story there, so he suggested to co-director Dylan Reeve that they make a film about it.  Their repeated requests for an interview prompted the video company to fly three executives to Auckland to lean on the filmmakers, eventually threatening to bankrupt them and to suggest that violence could come to their families if they didn’t cooperate.

At this point, I would have said “Check, please” and scrammed.  But these novice filmmakers boldly fly to the media company’s home in Los Angeles to confront them and try to get to the bottom of what’s behind the secrecy of these videos.  What they uncover is a dark scheme of identity theft, internet fraud and coercion that’s a far cry from the initial idea of a puff piece on giggling jocks, and you’re with the filmmakers (and scared for them) every step of the way.

Like the recent outstanding documentary “Weiner,” the filmmakers of “Tickled” set out to tell one story (in this case, of a bizarre fetish cult) when circumstances occur that force them to tell another one for which they are totally unprepared.  How they handle it tells the tale of what kind of filmmakers they are, and the way that Farrier and Reeve coolly continue to search for the truth while enduring violent threats to their very existence would make any veteran documentary director proud.

“Tickled” is not without its flaws.  Despite its brief 92-minute running time, the film at times seems padded, with a few digressions that momentarily distract from the main storyline.  But the sheer nerve of these two filmmakers, in way over their heads, manages to keep us involved throughout.

“Tickled” — come for the sexual voyeurism, stay for the unraveling mystery.

“The BFG” — The Family-Friendly But Underwhelming Latest From Steven Spielberg