Democratic Convention: Day 4 — Clinton Does the Job, Now On to the Election 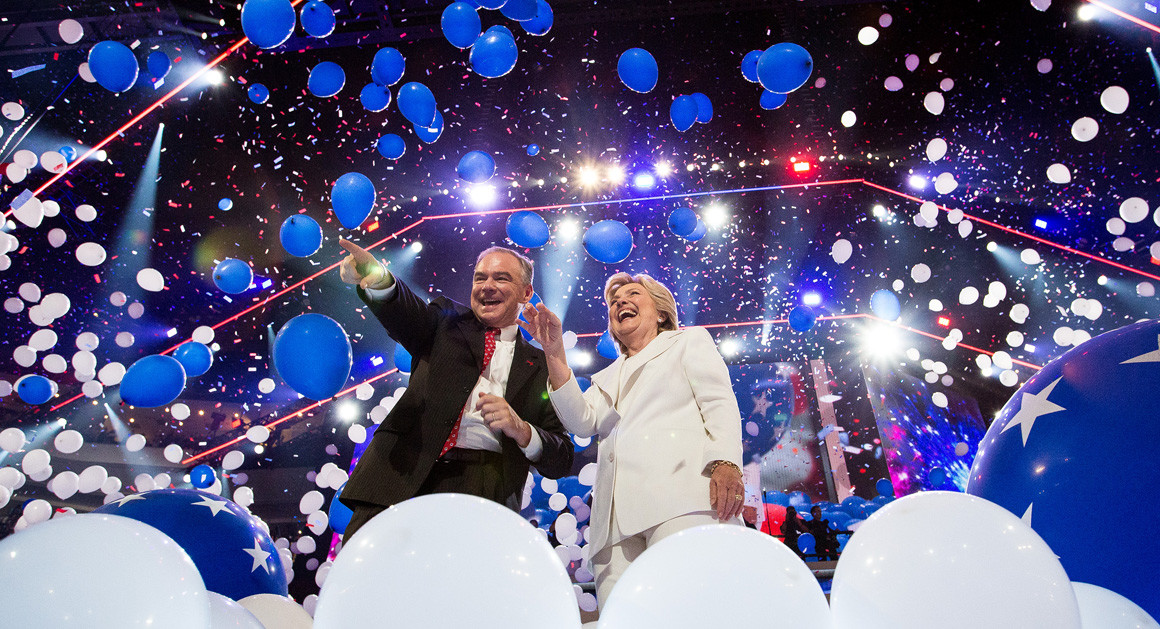 On Thursday night, the 2016 Democratic National Convention came to a close with a party more united than anyone might have thought given its boo-filled start on Monday.

And history was indeed made when Hillary Clinton accepted the party’s nomination as its candidate for President of the United States, the first woman ever to be accorded such an honor.

Regarding her highly anticipated acceptance speech, the big question was “How did she do?”  My initial reaction was that she did fine.  Was it a great speech?  No, but it was a highly effective one, given what she needed to do on Thursday night.  The oratory bar at this convention was set ridiculously high, given the speech offered by Michelle Obama on Monday (still to my mind the best speech of the week) and the rousers by Joe Biden and Barack Obama on Wednesday.

Still, Clinton did what she had to do — use the speech to lay claim to the center (which Donald Trump and the Republicans have unwittingly abandoned) while still moving leftward to incorporate several of Bernie Sanders’ most cherished proposals.  So it was a workman-like speech, doing a job rather than necessarily inspiring, which summarizes I think the career of Clinton so far — she’s not the focus of adoration, but you can count on her to get the job done.

She did get a few good jabs in — I particularly liked her “A man you can bait with a tweet is not a man we can trust with nuclear weapons” (so true) — but her speech was not aimed at landing zingers but instead laying the groundwork for governing,  Not sexy, not lofty, but effective and just what she needed to do on Thursday night.

By far the most effective speech on Thursday was given by Khizr Khan, a private citizen whose son Humayun, a U.S. Army captain, was killed in Iraq in 2004.  Citing his son as a patriotic American Muslim who gave his life for this country and that Hillary Clinton had referred to him “the best of America,” Khan laid into Trump — “If it was up to Donald Trump, [Humayun] never would have been in America.  Donald Trump consistently smears the character of Muslims. He disrespects other minorities, women, judges, even his own party leadership.”

“Donald Trump,” Khan continued, “you are asking Americans to trust you with our future. Let me ask you: Have you even read the U.S. Constitution? I will gladly lend you my copy.”  With his wife by his side, Khan whipped out a copy of the U.S. Constitution and held it aloft.  The Constitution is a particularly sore point for Trump, as, at a meeting with Congressional leaders this month, Trump pledged to stand by Article XII of the Constitution, which of course doesn’t exist.

“Have you ever been to Arlington Cemetery? Go look at the graves of the brave patriots who died defending America – you will see all faiths, genders, and ethnicities,” Khan said.

And then the killer line directed at Trump.

“You have sacrificed nothing. And no one.”

The other major speech on Thursday was given by retired four-star Marine Gen. John Allen, who led U.S. troops in Afghanistan,who asserted that Clinton is exactly the commander-in-chief needed by the country right now.

Gen. Allen’s speech was key to bolster Clinton’s bona fides as a player on the world stage, a claim that Trump cannot make, at least in any sphere outside of beauty pageants.

On Friday, Clinton and her running mate Tim Kaine set off on a bus trip through two key Rust Belt states, Pennsylvania and Ohio, that the Democrats desperately need to win in November.  Using a bus, of course, brings back memories of the 1992 post-convention bus trip that Hillary took with Bill and Al & Tipper Gore, which turned out to be fabulously successful.  Clinton and Kaine obviously hope for the same result.

Well kids, we’ve been through the candidacy announcements together, the primary debates, the primaries themselves and now the conventions.  Today begins the home stretch.  Trump vs. Clinton.  Given these two, anything can happen.

Buckle up.  We’ve got a wild ride ahead of us.

“Café Society” Is Not Great Woody Allen, But It’s Absolutely Gorgeous To Watch