Democratic Convention Preview: Debbie Does (Not Do) Philadelphia 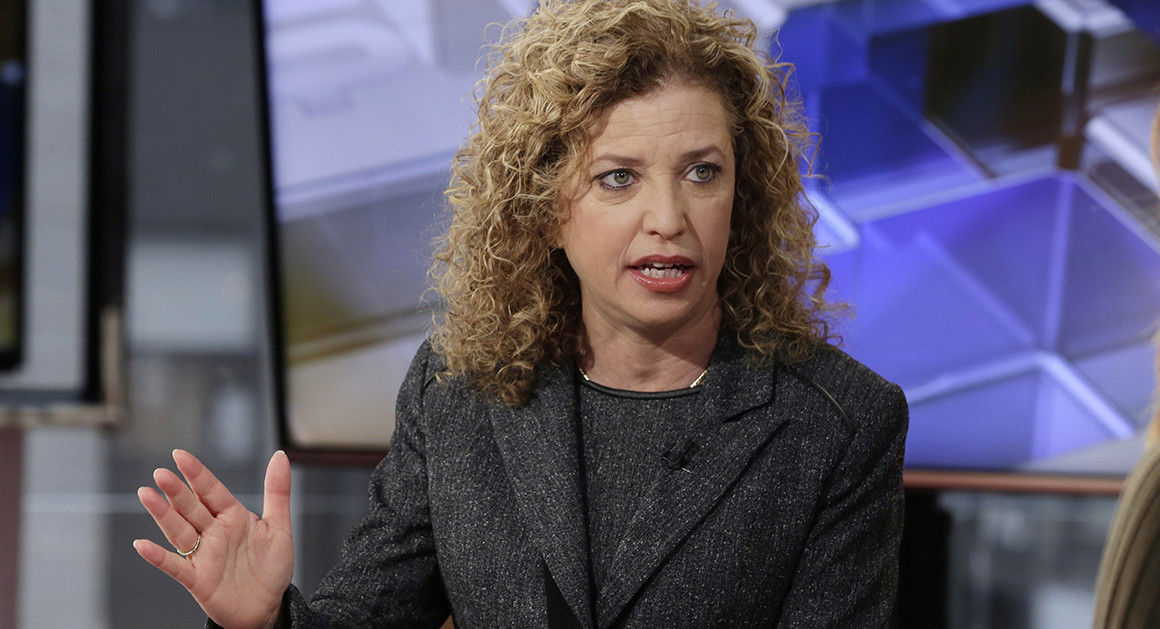 Less than a day before their Presidential convention was set to open, Democratic Party delegates were expecting smooth sailing in their nomination of Hillary Clinton and Tim Kaine as the Democratic ticket, particularly after the chaotic circus the Republicans staged in Cleveland last week.  I mean, what could go wrong?

Turns out, a lot.

The center of Sunday’s storm was Rep. Debbie Wasserman Schultz (D-FL), the chair of the Democratic National Committee (DNC), whose job it was in part to oversee the fairness of the primary campaign and organize the party’s convention, which opens in Philadelphia on Monday.  On Sunday, however, Wasserman Schultz suddenly announced that she would resign after the conclusion of the convention.  Democratic operative and CNN commentator Donna Brazile (a great choice!) was named as new DNC chair.

Controversy around Wasserman Schultz, who was one of the fiercest advocates for Clinton in 2008, is nothing new.  Ever since the schedule for Democratic debates for this campaign was announced in 2015, the impression that the DNC had their thumb on the scales to give an unfair advantage to Clinton was obvious to even the most casual observer (and to late-night comedians especially).  Under Wasserman Schultz, the DNC scheduled only a half dozen debates during the primary and placed them on Saturday nights or on Sunday (opposite key football games) so as to reduce both the audience and the audience’s chance to get to know and like Bernie Sanders.  (One wag suggested, “What? Was Christmas Eve at 3am not available?”)

If you recall that there were more than 6 debates, it was because Sanders began gaining ground on Clinton, and the DNC suddenly decided that it was to the party’s advantage to have more debates.  (Really?)  Whether it was due to their wanting to showcase Clinton’s debating skills to stem the Sanders surge will never be known, but Sanders and his supporters suspected it was, and for months now, Sanders has demanded the resignation of Wasserman Schultz from the DNC post.

It all came to a head this weekend.

Months ago, it became known that the files of the DNC were hacked by unknown forces, and this weekend Wikileaks released tens of thousands of personal DNC e-mails, and, oh boy, did they substantiate the suspicions of Sanders and his supporters.  In the e-mails, DNC executives were caught saying that the Sanders campaign was “a mess,” that campaign manager Jeff Weaver was “a liar” and an “ass,” and one even questioned whether it would be useful to spread the word that Sanders didn’t believe in God, even though he spoke of his faith many times on the trail.

Though Wasserman Schultz spoke often of her efforts to bring the party together, the leaked e-mails confirmed that was anything but the case.  After the content of the e-mails became public, the clamor for her resignation became so loud that she finally bowed to the inevitable, negotiating a deal with the Clinton campaign to allow her to gavel the convention to order on Monday afternoon and to a close on Thursday, as well as addressing the delegates at some point.

The Clinton campaign may want to rethink that deal.  At a Monday morning breakfast for the Florida delegation, Wasserman Schultz was roundly booed…by her own delegation…amid cries of “Shame! Shame!”  Just imagine the lovely TV images of that repeated if she addressed the convention.

This controversy could not come at a worse time for Democrats as two important national polls (CNN and CBS) show Trump taking the lead over Clinton.  In fact, the nation’s most respected pollster, Nate Silver of the website Five Thirty Eight, reported that if the election were held today, Trump would rout Clinton in a landslide, 57% to 43%.

It appears that the Democrats have a lot of work to do over the next four days.