GOP Convention: Day 2 — Trump Gets His Act Together. Kind Of. 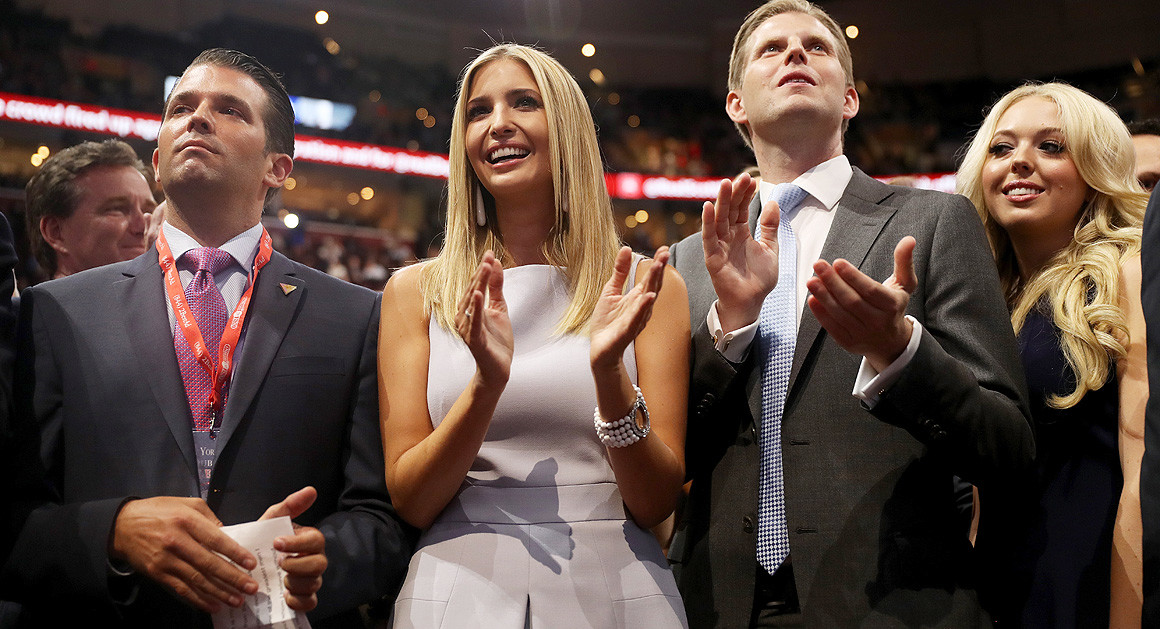 Still, the plagiarism cloud over Monday’s speech by Melania Trump lingered throughout the day, and the Trump campaign’s refusal to address it appeared to dampen the enthusiasm of the delegates at Cleveland’s Quicken Loan Arena on Tuesday.

After two days of denial that Melania’s Trump’s Monday speech was plagiarized, Trump Corporation speechwriter Meredith McIver finally fell on her sword on Wednesday afternoon and took the hit for incorporating two paragraphs from Michelle Obama’s 2008 Democratic National Convention speech into the text of Mrs. Trump’s speech, a move that has taken the GOP convention way off course.  McIver offered her resignation to the Trump campaign and (of course) it was rejected.  So this might end it.  Or not.  The question is:  why did it take so long?

That question will likely never be answered.  So let’s look back at the events of Tuesday.

Tuesday afternoon brought my favorite event at any political convention — the call of the states.(“Iowa…the home of the largest butter-sculpted cow in any of these United States, is proud to cast its votes for…” etc.).  Almost  everything went smoothly there, except for the Alaska delegation who questioned why their votes were not properly recorded.  Usually that’s a mundane request but it’s one whose exhaustive resolution delayed the convention’s prime-time kickoff time.

Tuesday appeared to be Establishment Night, as Senate Majority Leader Mitch McConnell spoke (and was predictably booed) and House Speaker Paul Ryan addressed the crowd with an anti-Hillary speech that said little about Trump.

It took NJ Gov.Chris Christie to rouse the crowd and use his prosecutorial background to deliver a rousing call and response asking whether Hillary Clinton should be convicted of the many crimes of which Christie feels she’s guilty.  (Christie is such an effective attack dog that it’s a shame that Trump’s kids wanted Mike Pence instead.  Christie would have made for a much more fun campaign.)

The pro-Trump speeches were largely left to his daughter Tiffany [pictured above, far right] who did well, especially on the personal details and Donald Trump Jr., [far left] who gave a full-throated endorsement of his father and his policies.  Don Jr. displayed a confidence when speaking that I haven’t seen in a Presidential family member in a long time.  Other than supporting his father, I have no idea what his politics are, but his speech suggests that he certainly has a future in politics if he wants it.

Be there or be square.

The GOP Convention’s Catastrophic Day 1 — Chaos in the Afternoon, Plagiarism at Night

GOP Convention: Day 3 — It Was Supposed To Be All About Mike Pence, But Ted Cruz Stole the Spotlight