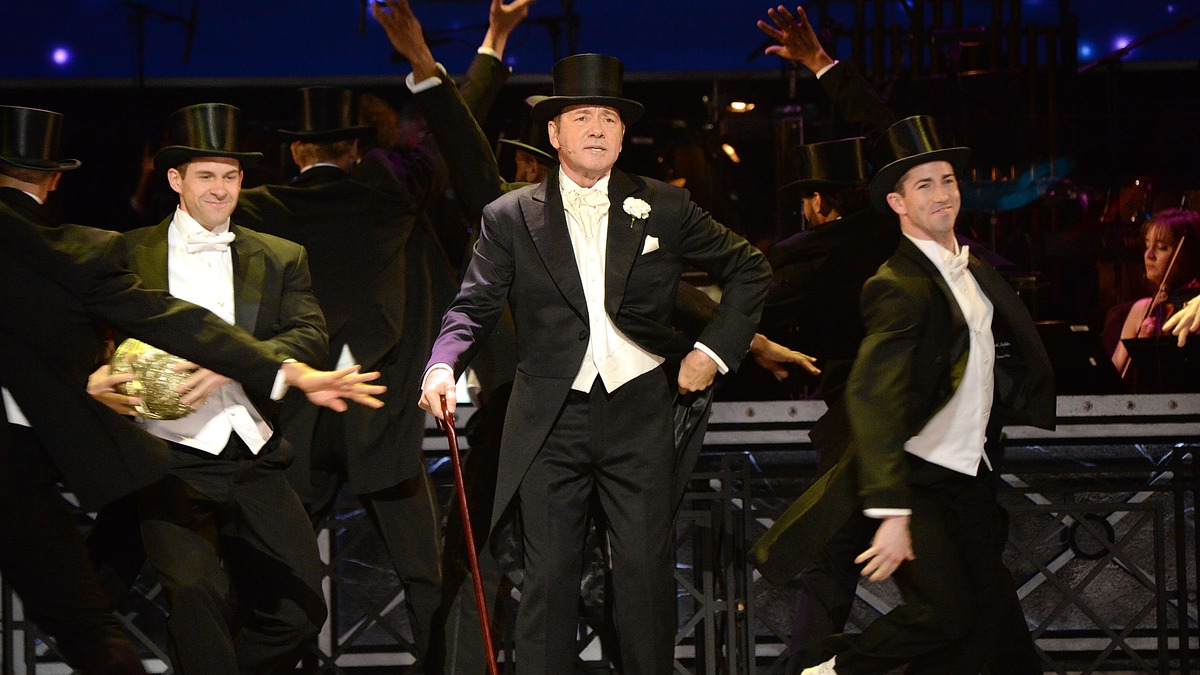 It was quite an innovative year on Broadway, but you’d never know from Sunday night’s telecast of the “71st Annual Tony Awards” on CBS.

Hosted by former Tony winner Kevin Spacey (who was reportedly the 15th person to whom the producers offered the hosting gig), the show lacked the spark and pathos of other recent Tony telecasts, particularly last year’s edition with James Corden (also a former Tony winner and an enthusiastic cheerleader for Broadway) delivering a smashing job as host, as well as having the excitement of the “Hamilton” phenomenon while at the same time maneuvering an extremely delicate challenge of setting the right tone on that night since, less than 24 hours prior, 49 people were massacred at the gay nightclub Pulse in Orlando.  (Corden nailed just the right tone beautifully.)

For his part, Spacey faced no such obstacle and, by and large, did an OK job.  His opening number spoofing several of this year’s nominated musicals generated a few solid laughs, but it also included two (count ’em, two!) jokes about the closet and coming out.  Kevin, if you want to announce that you’re gay, just come out or stay in the closet.  But using that “is-he-or-isn’t he?” as a running cutesy schtick is getting really tiresome.

The producers had Spacey lean on his impressive skills of impersonation, but the stars he chose to imitate were less than inspired choices.  Bill Clinton?  Spacey does Clinton well, but he’s not exactly timely.  But Johnny Carson?  Really?  I would wager that half the audience has never even seen Carson on television.  Some new material is definitely in order.

Let’s get to the good stuff — who won.  This year there was no grand sweep a la “Hamilton” last year, and the awards were distributed fairly evenly.  “Dear Evan Hansen,” the teen musical about the aftereffects of a student’s suicide, took home 6 Tonys in all, including the big prize, Best Musical, as well as Best Actor for its star, Ben Platt.  “Natasha, Pierre & The Great Comet of 1812,” which led all shows in number of nominations with 12, walked away with just 2 technical Tonys, and “Come From Away,” the feel-good 9/11 musical (I can’t believe I’m typing that phrase) scored a big upset over “Evan Hansen” and “The Great Comet” in the Best Director category.  The fourth nominee, “Groundhog Day” based on the Bill Murray movie, got skunked.

Among musical revivals, “Hello Dolly” dominated as the best revival as well as in acting categories, with Tonys for star Bette Midler and supporting actor Gavin Creel.  As Midler, who was given a special Tony in 1974 but never won a competitive one, received her Best Actress award, she began to thank a list of names and the orchestra started to play her off.  No, no, one does not interrupt Miss Midler during an acceptance speech, and she gave the orchestra leader the stinkeye and warned them to “shut that crap off.”  The orchestra obeyed.

On the new play side, the Tony went to “Oslo,” the sprawling three-hour dramatization of the 1991 Oslo Peace Accords between Israel and the PLO in 1993, and Best Play Revival was won by “August Wilson’s Jitney,” the only drama in his 10-play cycle never to receive a prior Broadway production.  Lead acting winners included Emmy-winner Laurie Metcalf (“A Doll’s House, Part 2”), Oscar-winner Kevin Kline (“Present Laughter”), and in supporting categories, Emmy-winner Cynthia Nixon (“Lillian Hellman’s The Little Foxes”) and in an upset over favored Danny DeVito, Michael Aronov for “Oslo.”

One more word about the Best Play category.  The Tonys have always had a problem dealing with drama — they can’t be presented in a big production number the way musicals can, but the Tonys want to be fair.  This year, they found a very good alternative — asking the playwrights themselves to stand center-stage to explain their own personal feelings about the play that they wrote.  It was involving and made me want to see the plays even more — it’s the one terrific innovation for which the 2017 Tonys may be best be remembered.

A new season is about to start, and I’m excited already,  In the meantime, here are this year’s winners:

“Beatriz at Dinner” — Powerful Portions, But a Misguided Ending