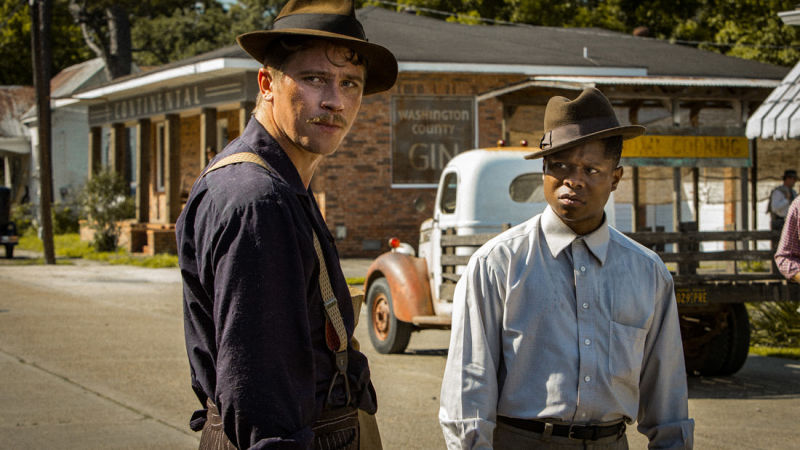 As recently as three weeks ago, one of the movies getting intriguing Oscar buzz was the new film from Ridley Scott called “All the Money in the World.”  No one had seen it yet, but it was set to close the prestigious AFI Film Festival in a few weeks in Los Angeles.  The film, about the kidnapping of J. Paul Getty’s grandson, had just dropped its first trailer, and Oscar buzz immediately focused on the actor who, under pounds of makeup, played the older Getty and was the one person around whom Focus Features was building a major Oscar campaign for Best Supporting Actor.

The actor in question?  Kevin Spacey.

So much for that.

(Sony announced on Wednesday afternoon that they are replacing Spacey with Christopher Plummer, just one month before the film’s scheduled release.  Good luck with that.)

But it goes to show you just how quickly Oscar fortunes can shift during a campaign season that can be as dirty and unpredictable as any campaign for elected office.  And don’t kid yourself, the race is on in force.  Let’s take a look at the ten actors whom, at this moment, I feel have the best chance of getting to the Final Five on nomination day: 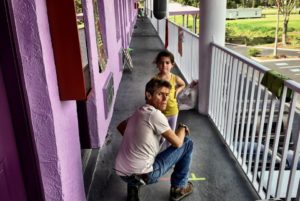 One of Hollywood’s most esteemed character actors, Dafoe has arguably hit a career high in Sean Baker’s tale of a residential motel on the fringes of Walt Disney World and the economically challenged people who live there.  As Bobby, the manager of the Magic Castle Motel, Dafoe has to wear many hats at once — bringing the hammer down with a tenant who’s behind on her rent (and his tenants are mostly single moms with kids at the Magic Castle) and displaying heartbreaking kindness when one of his tenants is in trouble.  An Academy Award nomination for “The Florida Project” (which I think is likely) will mark his third Oscar nod after “Platoon” (1986) and “Shadow of the Vampire” (2000).

ARMIE HAMMER (“Call Me By Your Name”)

Hammer may have the face of a leading man, but he possesses the soul of a character actor, carving his own path in such films as “The Social Network,” “J. Edgar” and “The Lone Ranger.”  Hammer’s performance as Oliver, an academic who is studying in Italy and who catches the romantic eye of his professor’s son, developed Oscar buzz during the fall film festival season, buzz that is likely to grow after the film’s release on November 24.  An Oscar nomination for Hammer would mark his first. 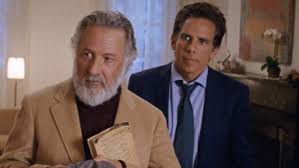 I’m including Dustin Hoffman here pending any further expansion of a charge that he sexually groped an actress in 1985 on the set of the TV adaptation of “Death of a Salesman.”  In Noah Baumbach’s “The Meyerowitz Stories,” he plays celebrated sculptor Harold Meyerowitz who is on the far side of his career and is a difficult father to his sons Danny (Adam Sandler, fabulous) and Matthew (Ben Stiller) as well as daughter Jean (Elizabeth Marvel).  Hoffman’s Harold is arguably his best work in the last decade and is definitely Academy worthy.  Winner of two Oscars already, a nomination for Hoffman here would mark his eighth and his first in the supporting category. 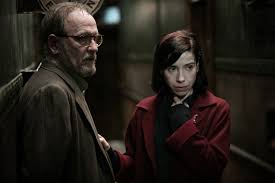 RICHARD JENKINS (“The Shape of Water”)

Jenkins, one of the screen’s most familiar character actors, plays a key role in this Guillermo del Toro film about the unlikely romance between mute cleaning woman Elisa (Sally Hawkins) and an amphibious creature (Doug Jones) who is being held a government facility and is threatened with being euthanized.  As Elisa’s gay closeted neighbor Giles, Jenkins takes the cliche role of the gay best friend and turns it into a heroic one, coming to Elisa’s rescue time after time as he draws on untested parts of his courage to protect both the creature and his friend as well.  A hugely respected actor in a Best Picture favorite is a familiar formula for an Oscar nomination, and it may prove to be the case here for Jenkins, who was previously nominated for a Best Actor Oscar in 2008 for “The Visitor.” 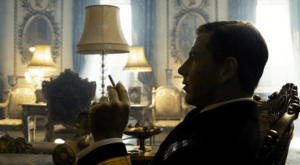 From the reviews, you might think that Gary Oldman’s turn as Winston Churchill in Joe Wright’s World War II drama “Darkest Hour” is the whole show.  Not so.  Emmy-winning actor Ben Mendelsohn co-stars as King George VI (the same stuttering monarch whom Colin Firth portrayed so memorably in “The King’s Speech”) and promises to be a formidable antagonist to the legendary prime minister — many early reviews from film festivals even rank Mendelsohn’s King George higher than that of Firth.  But if “Darkest Hour” manages a Picture/Actor/Director/Screenplay nomination sweep, look for Mendelsohn to be in the mix as well.

Jason Mitchell burst onto the film scene with his performance as Eazy-E in “Straight Outta Compton,” and reviews from this fall’s film festivals indicate that he has surpassed himself here.  Mitchell portrays Ronsel Jackson, the son of a sharecropping family, who comes home from World War II to his small Missisisippi town with his white friend Jamie (Garrett Hedlund), a friendship that will likely not go down to well in post-war Mississippi.  To leap from a hip-hop bio of N.W.A. to a 1940’s period piece requires a big jump and a lot of talent, and early reviews indicate that Mitchell has handled both beautifully.

Rockwell has been one of the great muses for Irish playwright Martin McDonagh, and I’ve seen Rockwell in two of their collaborations — the film “Seven Psychopaths” (2012) and on Broadway in “A Behanding in Spokane” (2010) in which he co-starred with Christopher Walken.  (Seeing those two sharing a stage was a mind-blower in itself.)  In McDonagh’s “Three Billboards,” Rockwell plays a racist sheriff’s deputy who undergoes a life-changing character arc as he must deal with a grieving mother (Frances McDormand) seeking justice for her murdered daughter.  It’s hard to believe, but an Oscar nomination here would mark Rockwell’s first. 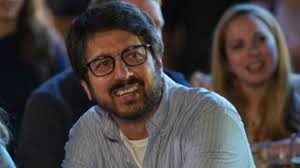 Romano has largely been known as a TV comedy actor, winning two Emmy Awards along the way for his successful comedy series “Everybody Loves Raymond,” and while he continues to explore darker TV roles in such shows as “Vinyl” and “Get Shorty,” he is now ready to break into film.  With his role in “The Big Sick,” Romano has hit the jackpot.  As Terry Gardner, Romano is carrying not only the weight of a seriously-ill daughter in the hospital but also the guilt of an extra-marital affair behind the back of his faithful wife Beth (Holly Hunter).  It’s a big juicy part in which Romano sinks his teeth, and never underestimate voters’ desire to reward a much-beloved TV star stepping out to try something new and doing it in a Best Picture contender. 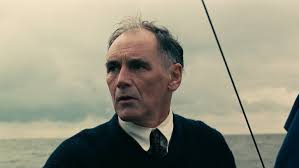 Rylance surprisingly won this category for “Bridge of Spies” two years ago when everyone thought that Sylvester Stallone would win a sentimental Oscar for “Creed,” and by now everyone realizes that Rylance really earned it.  One of the few stage actors ever to earn three Best Actor Tony Awards, Rylance clearly has the admiration of the acting branch, which counts for a lot, particularly on the nomination level.  And let’s face it, Rylance gives the most individualistic performance in Christopher Nolan’s “Dunkirk,” which is destined for a boatload of technical nominations.  Would one more for Best Supporting Actor be entirely out of the question? 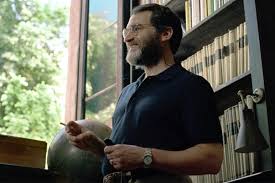 MICHAEL STUHLBARG (“Call Me By Your Name”)

Stuhlbarg is yet another great character actor who has been toiling in obscurity for years (although he was extraordinary in a rare lead role in the Coen Brothers’ “A Serious Man” in 2009) who has finally found a part worthy of his talents. Lyle (Stuhlbarg) is a professor who is teaching Oliver (Armie Hammer), an academic studying in Italy, but he is concerned that Oliver is beginning to cast romantic glances at his son Elio (Timothée Chalamet).  In a film bursting with standout performances, Stuhlbarg rises to the top in a portrait of a man who is torn between his responsibilities as an academic and his love as a father.

Broadway Opening Night — “The Band’s Visit” May Be Small in Size, But It Packs a Real Punch