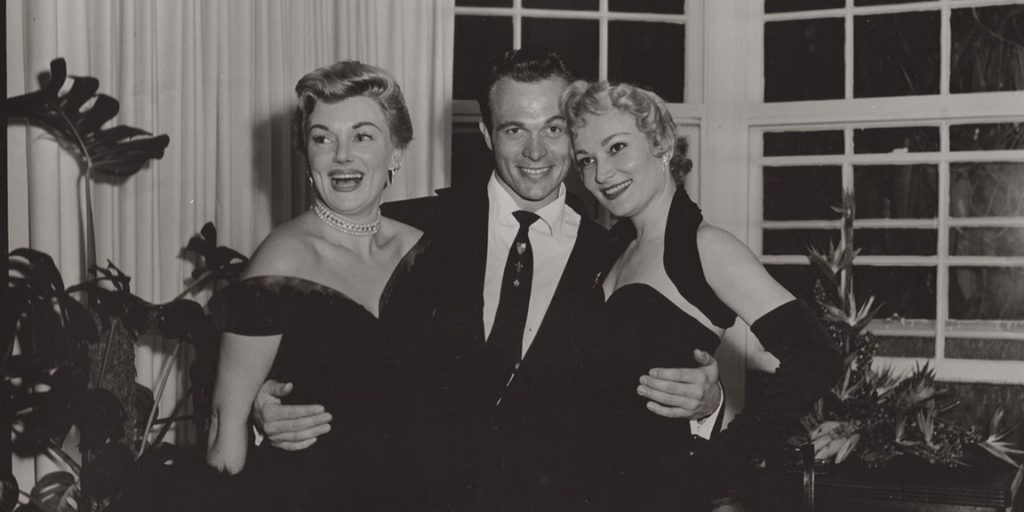 One of the most welcome surprises of the summer box-office season has been the unexpected resurgence of feature documentaries.  Two upbeat celebrity profiles — “RBG,” a look at the life of Supreme Court Justice Ruth Bader Ginsburg, and “Won’t You Be My Neighbor?” which recaps the television career of Fred Rogers — were released within five weeks of each other, and each has earned over $13 million, an almost unheard-of number for this genre.  (And a third, Tim Wardle’s “Three Identical Strangers,” is following a similarly successful trajectory.)

The latest doc to entry the fray is Matt Tyrnauer’s “Scotty and the Secret History of Hollywood,” based on the sensational memoir “Full Service: My Adventures in Hollywood and the Secret Sex Lives of the Stars” by Scotty Bowers.  “Full Service” was one of the beach books of 2012, and while I felt it wasn’t very well written (“Scotty” is a much better film than “Full Service” is a book), Bowers does deliver where other Hollywood tell-alls are coy — he names names.

After returning home from fighting in Iwo Jima in World War II, Bowers got a job pumping gas at a Richfield service station on Hollywood Boulevard, a job that would change his life.  On one fateful night, screen star Walter Pidgeon pulled in and, looking at Bowers, wanted full service of a different kind.  Impressed by Bowers’ prowess, Pidgeon then asked the young man if he knew of other men who could provide the same service to his friends.  And a new career for Scotty Bowers was born.

Over his many decades in Hollywood, Bowers claims to have provided men for the likes of Rock Hudson, Cole Porter, Tyrone Power, Charles Laughton and George Cukor, among others.  He claims that Spencer Tracy and Katharine Hepburn were friends but not a sexual couple, as Bowers provided men for Tracy and women for Hepburn.  Bowers even claims to have serviced the Duke and Duchess of Windsor at the Beverly Hills Hotel!

What the film never asks directly but one which is hanging over every claim is “Is any of this true?”  Are they the scrambled memories of an old man (Bowers was 91 when the doc was filmed) looking for some late-in-life fame?  Or is Bowers the real deal?  (Yes, the film provides a few on-screen testimonials to the veracity of his stories, but the true tip-off that Bowers is telling the truth is that he worked with a libel lawyer while writing “Full Service” and to this day no libel suits have been brought against him.)

If “Scotty” was merely a collection of who-slept-with whom stories, it could be dismissed as salacious gossip, but Tyrnauer, who did so well directing 2009’s “Valentino: The Last Emperor,” is a better documentarian than that and places most of his focus on Scotty Bowers himself.  Bowers never saw himself as a pimp, since he never took money for his services.  He saw himself as more of a matchmaker, a kind of LGBT Dolly Levi.

When asked about his sexuality, Bowers replies that “I’m everything.”  He’s currently lives with his wife Lois, who candidly admits that had she known more about Scotty’s past, she might not have married him.  And despite his happy-go-lucky attitude, his life has not been without trauma, having been sexually abused at age 11 and lost a daughter via a botched abortion while she was in her 20s.

Still Bowers looks back on his “full service” years with a smile, maintaining what he did was to provide an outlet to closeted celebrities who were hamstrung by morals clauses in their studio contracts.

If for nothing else, “Scotty and the Secret History of Hollywood” provides a fascinating glimpse into gay life in Hollywood in the pre-AIDS era and the challenges of actors maintaining a forced heterosexual image when in reality they weren’t.

As actor Stephen Fry observes, “He’s revealing that these people are real.”

Happy 3rd Birthday To Us!