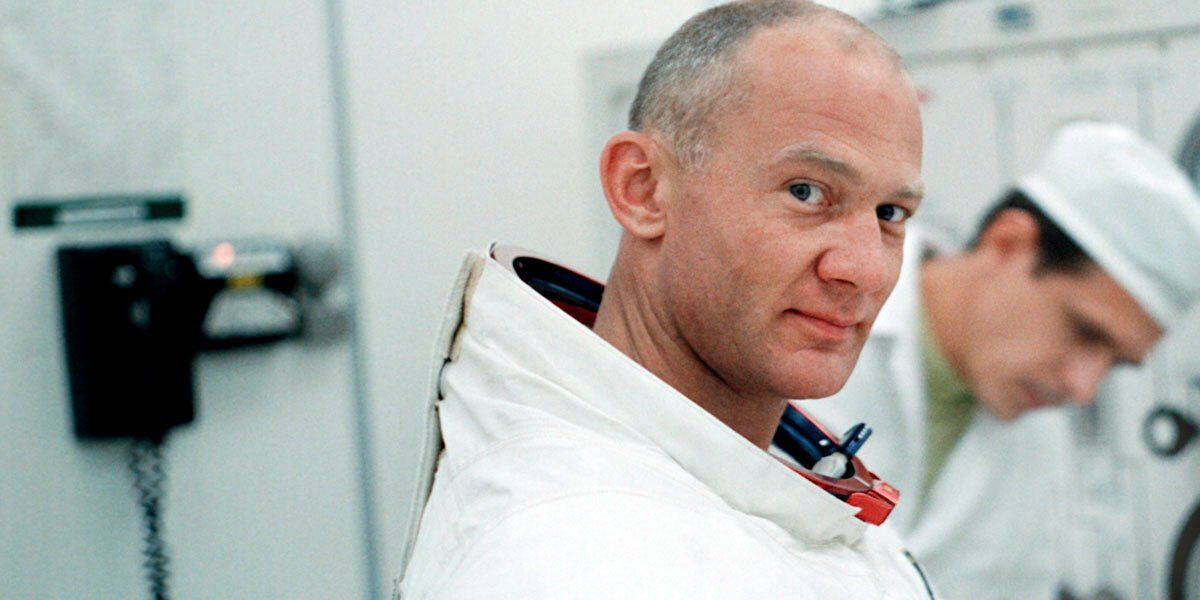 When you call a film a beautiful documentary, certain images immediately come to mind.  A butterfly landing on the edge of a leaf, a tiger prowling through the plains, a Tahitian beach at sunset…real National Geographic kind of stuff.  What probably doesn’t come to mind is a cavernous mission control facility with a bunch of white men wearing short sleeve shirts and horn-rimmed glasses.

Yet “Apollo 11,” Todd Douglas Miller’s chronicle of the historic flight that put a man on the moon, is absolutely gorgeous.

I can just hear you now.  Wait, wha..?  Didn’t we just have a movie about the Apollo 11 mission only a few months ago?  Yup, Damien Chazelle’s underrated “First Man” meticulously laid out the eight-year struggle to get Apollo 11 aloft with the finest of detail.  Yet as great as it was, it was by necessity a facsimile of the real event.

“Apollo 11” is the real event captured by NASA cameras at the time, and kudos to those NASA cameramen in 1969 because the cinematography here is as good as any I’ve seen in a documentary in ages.

The film’s audio is strictly limited to what was heard at the time, from Walter Cronkite’s CBS reporting to the time when Mission Control takes over and begins communicating directly to the three men in the capsule — astronauts Neil Armstrong, Buzz Aldrin (pictured above) and Michael Collins.  It was Miller’s idea to limit what we see and what we hear to what everyone else experienced during that flight, and he contains the film to just what happened between prep and liftoff to splashdown several days later.

And it works.  Even though we all know that the trio made it to the moon and returned home safely, Miller structures it to make it as suspenseful as any thriller I’ve seen in 2019.

At the outset of the film, Miller throws us right into the mission, with the three astronauts getting comfortable with their suits in NASA’s green room before making their way through the paparazzi to the rocket itself.  They squeeze into their impossibly small capsule and await the fateful countdown.  And on it goes with an ending that made history.

So what’s different with “Apollo 11”?  The images.  Yes, I know we’ve all seen images of the Apollo 11 mission before, perhaps hundreds of times.  But much of the footage in “Apollo 11” has never been seen by the public before, and many of those images were shot in 70 millimeter, providing a crispness and clarity that are stunning.  Even footage of the lookie-loos to the launch — you know, the folks who camp about a mile from the launch pad and tailgate it in their porkpie hats and luncheon dresses — appear to have been filmed yesterday, the images are so remarkably crisp.  (I gasped at seeing this footage in particular, since I have so used to viewing those shots through blurred and scratchy film renderings taken 50 years ago.)

The you-are-there quality of “Apollo 11” made it feel that I was watching history as it was happening, a rarity to see in a theater these days.  The film is produced by the CNN documentary unit, so it’s likely that it will appear on the news network sometime over the coming year.  But I beg you, if “Apollo 11” is playing at a theater near you, see it on the big screen and feel the hair on the back of your neck rise up.

The tagline to “Apollo 11” reads “Witness the last time we were one.”  Thinking back on the historic event, it’s absolutely right.