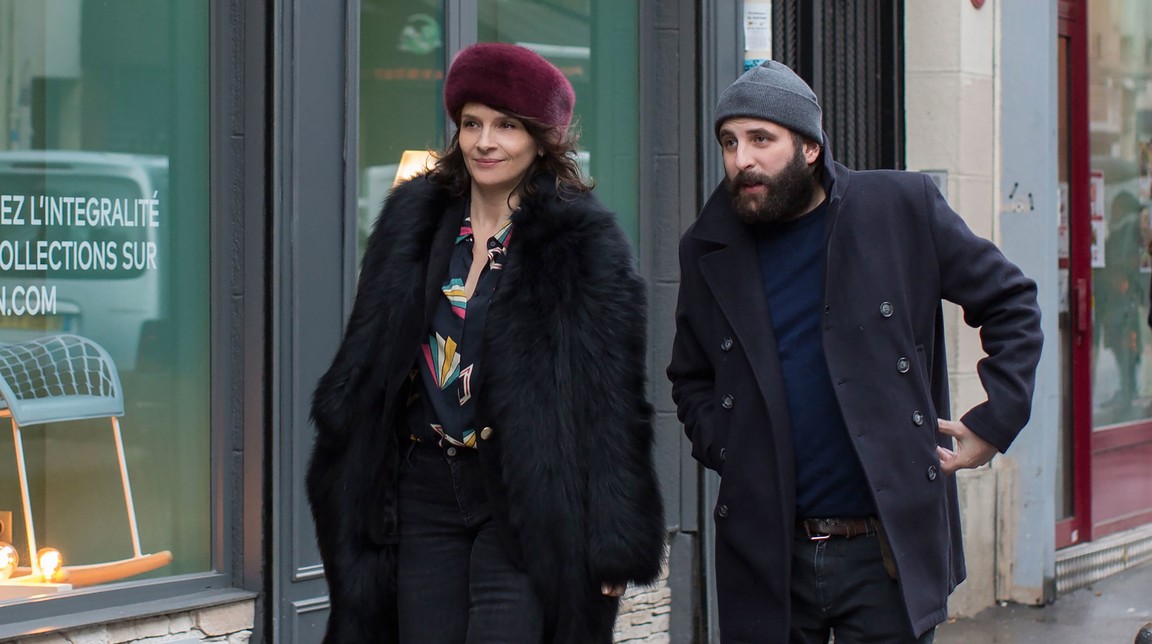 If I told you that there was a new film out there that offers a critique of the rapid changes that developing technology are having on our society and that it’s wrapped in the guise of a sex comedy, you might guess that it was probably from France. And you’d be right.

“Non-Fiction,” the latest comedy from prolific French filmmaker Olivier Assayas, has all of that and more. With rare exceptions such as his 2017 ghost story “Personal Shopper” with Kristen Stewart, Assayas specializes in comedies that, in between the laughs, usually have something to say. His characters talk, then have meals, then talk, then have sex and finally talk again. His characters are reliably smart and sophisticated but still foolish in their own ways, rather like the characters in Woody Allen films used to be.

Our roundelay begins with Alain (Guillaume Canet), a literary editor at a famed Paris publishing house who has resisted the rise of technology in the literary world. To Alain, a book is something you hold in your hand and turn a page to read — not a tablet that you swipe to see the next paragraph.  Nonetheless, Alain bows to reality and hires Laure (Christa Théret), an expert in digital technology to bring the company up to date.  Even though Laure has no idea who film director Ingmar Bergman is (horror of horrors!), Alain proceeds to have an affair with her anyway.

Of current concern to Alain is his falling star of a writer Léonard (Vincent Macaigne), who was once a best-selling author but who has been reduced to writing what he calls “autofiction,” revealing the real-life details of his most recent affairs and barely fictionalizing them. Léonard’s new style has drawn much criticism among his followers on Twitter, a problem that has not gone unnoticed by Alain.

When the two meet for lunch at a Paris bistro, Léonard expects to go over the media campaign for his new book but is dumbfounded when Alain announces that he’s not publishing it. You would think that Léonard’s current affair with a famous TV actress might be a juicy subject for a novel.  The only problem is that actress, Selena (Juliette Binoche), is Alain’s wife.

Binoche’s Selena is a real hoot. She’s starring in an “SVU”-type police procedural, and when her fans ask her what it’s like playing a cop, she repeatedly corrects them, insisting that she’s playing a “crisis management expert.” (Ah, actresses!) Her affair with the schlumpy Léonard is not exactly passionate, but having affairs is simply what the French do in movies. The situation doesn’t even faze Léonard’s longtime girlfriend Valérie (Nora Hamzawi) who works for a progressive politician — when Léonard finally confesses his infidelity, a blasé Valérie shrugs, saying she knows all about it because she read it in Léonard’s book.

Clearly Assayas’ characters here live inside a bubble of their own making. They may pretend to care about the outside world but only so far as how the outside world affects them. Yes, a few may be living through a midlife crisis (Alain and Léonard, in particular) but rather than coming across as obnoxious elites, they register as recognizably fallible adults whose behavior is amusing because Assayas clearly loves them.

Ultimately, however, “Non-Fiction” is about change, or more specifically, fear of change.  In the midst of all of the pop-culture banter — there are actually two unexpectedly funny jokes about “Star Wars: The Force Awakens” — that fear is always there under the surface, particularly among the middle-aged characters, who have played by the old rules in their careers, and suddenly find themselves facing a technology that they don’t fully understand and can’t control.

By the conclusion of “Non-Fiction,” Assayas’ characters, who have spent the entire film looking for some constant to hold onto in their lives, come to the realization that the only things that’s really constant in our lives is change. And by the end, so do we.

The 2020 Democratic Primary Race: Who’s Up, Who’s Down — May Edition