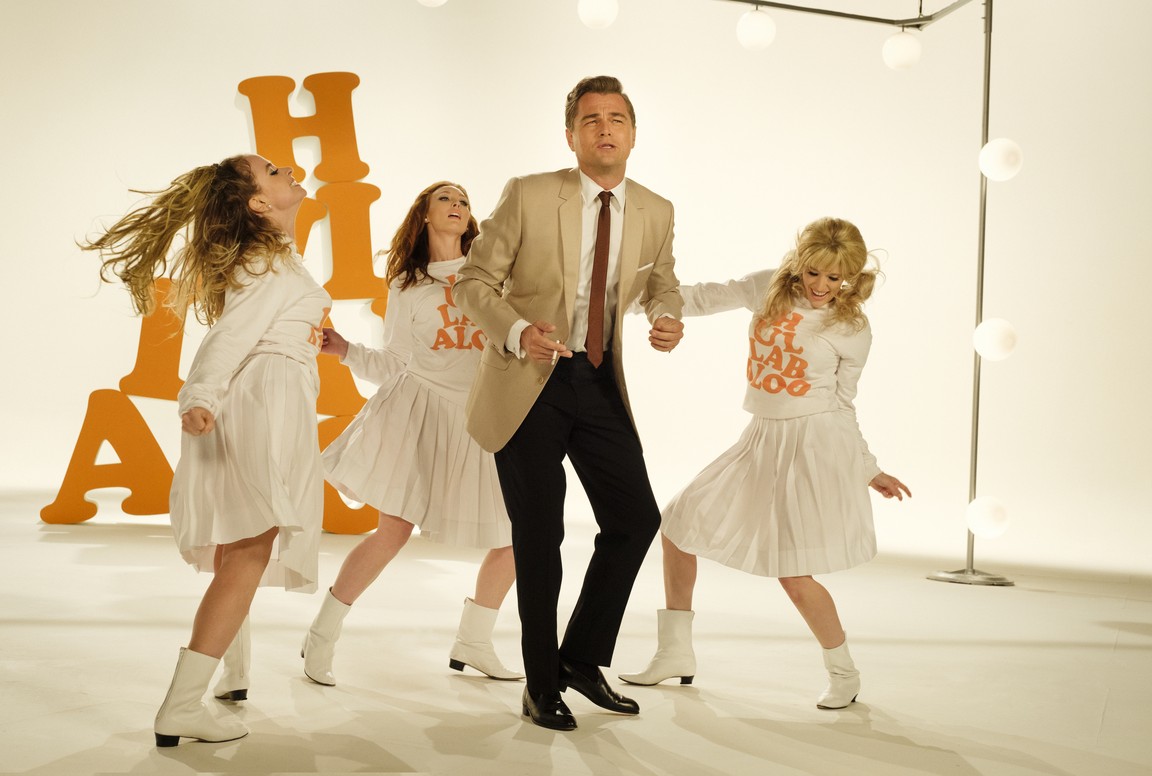 I can’t think of a single director who is as deeply knowledgeable about the power of genre filmmaking as Tarantino.  Whether it’s war films (“Inglorious Basterds”) or Westerns (“The Hateful Eight” and “Django Unchained,” for which Tarantino won an Oscar for writing), the director knows these genres inside out, both what makes them work as well as just how far he can tweak them to still make a powerful movie.

Which makes his latest film, “Once Upon a Time…in Hollywood,” such an an anomaly as it defies any simple genre.  His canvas is Hollywood in 1969 (his remaking of the look of Hollywood Blvd. at that time is stellar), and the film’s major relationship is the friendship between fading TV star Rick Dalton (Leonardo DiCaprio) and his longtime stunt double Cliff Booth (Brad Pitt).

Rick was the star of the 1950s TV Western hit “Bounty Law,” but once the show was cancelled and Westerns began to be replaced by other kinds of programming, Rick finds himself being relegated to becoming the guest villain in other people’s shows.  This means of course that Cliff has far less stunt work to do and becomes basically Rick’s chauffeur and errand boy, a humiliating comedown.

Drowning his sorrows in a steady diet of booze and cigarettes, Rick meets his new agent Marvin Schwarz (Al Pacino) who urges him to leave Hollywood and use his TV reputation to star in a series of spaghetti Westerns in Italy.  Rick resists the idea, choosing instead to float in his pool as his new next-door neighbors begin to move in — actress Sharon Tate (Margot Robbie), fresh off her hit movie “Valley of the Dolls,” and her boyfriend Roman Polanski (uh-oh).

When “Once Upon a Time” was announced it was dismissed in some circles as Tarantino’s Manson movie, but the murderous cult leader is barely visible on screen (though there is a very unsettling scene when Cliff goes to the notorious Spahn Ranch and encounters the Manson women who live there).

Tarantino, however, is much more interested in Hollywood in general, and specifically in the changes the industry was going through being on the cusp of the transformative 1970s.  After the 1950s, reliable TV staples as Westerns were on their way out, and new forms, such as “Laugh-In,” began to capture audience’s attention.  Similarly in movies, the “Doctor Dolittles” of the world were being thought of as passé, and more relevant films such as “Easy Rider” and “Midnight Cowboy” were finding favor with the moviegoing public. And that went for the careers of TV and movie stars.

And stars are front and center in “Once Upon a Time.”  The pairing of two of the world’s most popular actors is rarely seen nowadays thanks to economics, but what Quentin wants, Quentin gets.  And thankfully, he got it, because both actors deliver the best performances that each has delivered in recent memory.

DiCaprio plays Rick as Hollywood’s golden boy who begins to realize that he’s not quite as golden as before when times begin to change.  His violent anger in his trailer as he realizes his own limitations as an actor is absolutely riveting and is far more galvanizing than any of the work he did in his Oscar-winning role in “The Revenant.”

And Pitt?  His Cliff Booth is a remarkable creation.  Undoubtedly, Cliff had dreams of his own, but he decided to hitch his wagon to Rick’s good fortune, and now that Rick’s career is in eclipse, so is Cliff’s, but he rolls with it.  It’s a performance that allows his character to be curious (especially in the Spahn ranch scene) but also accepting of the fact that Hollywood is now passing him by.

Tarantino got a lot of criticism when the film premiered at Cannes that he gave the Sharon Tate character very few lines of dialogue and that the character felt like an afterthought.  I disagree.  I feel that the Tate character, as embodied by Robbie, is much more an ethereal spirit that hovers over all of the action in the film, and that gesture works beautifully.

Still, the film clocks in at 2 hours and 41 minutes, and that’s a long sit.  (Not that it’s a chore — I’ve sat few a few 90-minute movies that felt longer.)  Nonetheless, a crisper 2 hour and 15 minute film might have worked even better.  Whatever you do, though, don’t leave before the film is over.  The film’s final 20 minutes are stunning and are likely to be want you to talk about on your way out of the theater.  (No spoilers here.)

Tarantino has announced that he plans to retire from feature filmmaking after he completes his 10th movie.  (We’ll just see about that.)  “Once Upon a Time” is his ninth, so now we face several years of Quentin teasing us about about what his “final” film will be.  In the meantime, enjoy his loving take on ’60s Hollywood and savor how well he has recreated then and what that may say to us now.