“Just Mercy” May Be a Bit Too On-the-Nose in Its Script, But a Terrific Cast Helps To Save It 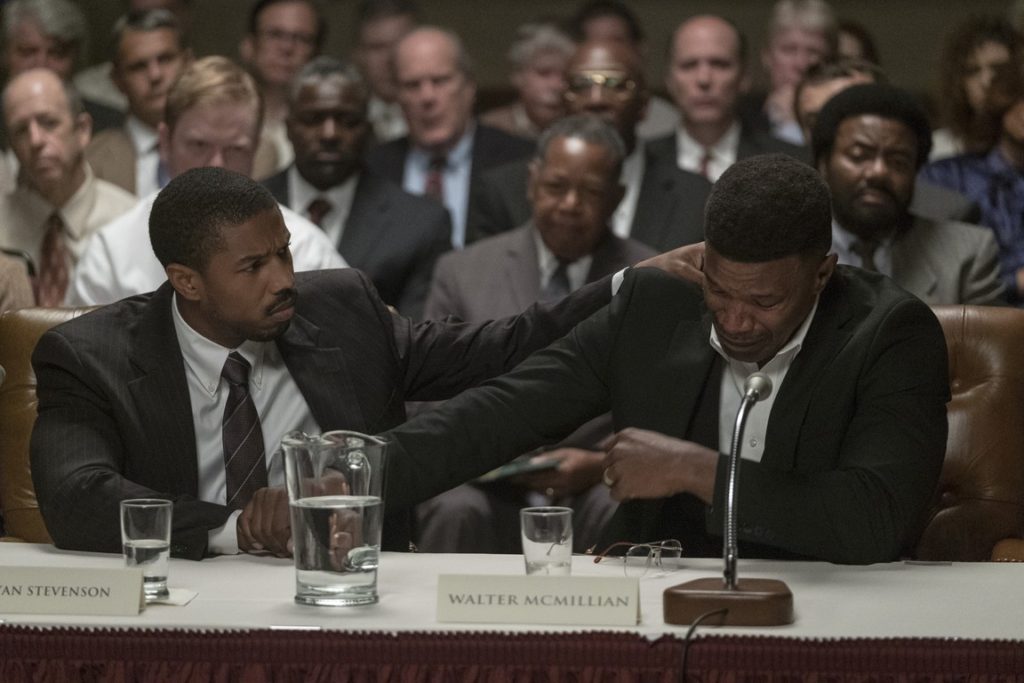 For better or for worse, they just don’t make films like “Just Mercy” anymore.  The defense-attorney-as-conquering-hero genre probably peaked with 1962’s “To Kill a Mockingbird,” which tells the fictional story of an unjustly-accused African-American man defended by a courageous lawyer, which mirrors the real-life plot of “Just Mercy.”

Based on a true story, the film focuses on young Bryan Stevenson (Michael B. Jordan) who graduates from Harvard Law School, but instead of accepting a job at a ritzy law film, he travels to Alabama to offer his legal services to those who believe that they have been unfairly accused or are not being represented by adequate legal counsel.

Bryan takes on the case of Walter McMillian (Jamie Foxx, who is nominated for a SAG Award for this performance), who has been sentenced to die for the murder of an 18 year-old white girl, despite a mountain of evidence that points the finger at another man as the real killer.  The two men develop a strong bond, with Bryan becoming determined to prove Walter’s innocence.

This conventionally-told true story unfolds in a familiar way, but Destin Daniel Cretton has an ace up his sleeve with his cast.  Besides Foxx, Jordan delivers yet another terrific performance as Stevenson, never sentimentalizing the lawyer.  Brie Larson, who starred in Cretton’s powerful first film, “Short Term 12” (2013) and his not-so-powerful “The Glass Castle”  (2017), returns here to lend effective support as Stevenson’s legal co-worker Eva Ansley.

Two of the strongest supporting performances come from veteran character actors — Rob Morgan as Herbert Stevenson, an older Death Row inmate whose execution date is fast approaching, and Tim Blake Nelson as Ralph Myers, a fellow prisoner whose testimony helped originally convict Walter but who now seems to be having a change of heart about his previous testimony.

Jordan portrays Bryan Stevenson is never as a saint or a self-conscious hero but instead as a hard-working lawyer who wants use his law-school training to serve the cause of justice in a part of the country where racial bias has often gotten in the way of black defendants getting a fair trial.  It’s a smart approach for Jordan, who is rapidly becoming one of the best film actors of his generation.

The screenplay by Cretton and Andrew Lanham, based on Stevenson’s memoir, is clearly an advocacy script, with a strong anti-capital punishment theme running throughout, which occasionally results in a preachy tone and too-on-the-nose dialogue.  In the hands of lesser actors, this dialogue might have grated, but with a cast this skilled, they know how to make even the clunkiest lines seem smooth and naturalistic.

Despite the film’s anti-death penalty stance, I suspect that most people’s feelings on the subject are pretty baked-in by now, and it’s unlikely that “Just Mercy” will change many minds.  But as an entertainment, the film is an enjoyable throwback to the days were legal heroes were a staple on the big and small screens, and Bryan Stevenson’s real-life fight for justice indeed makes him just that kind of hero. 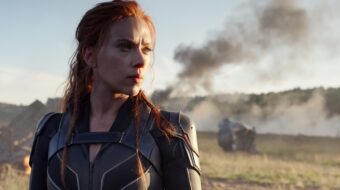