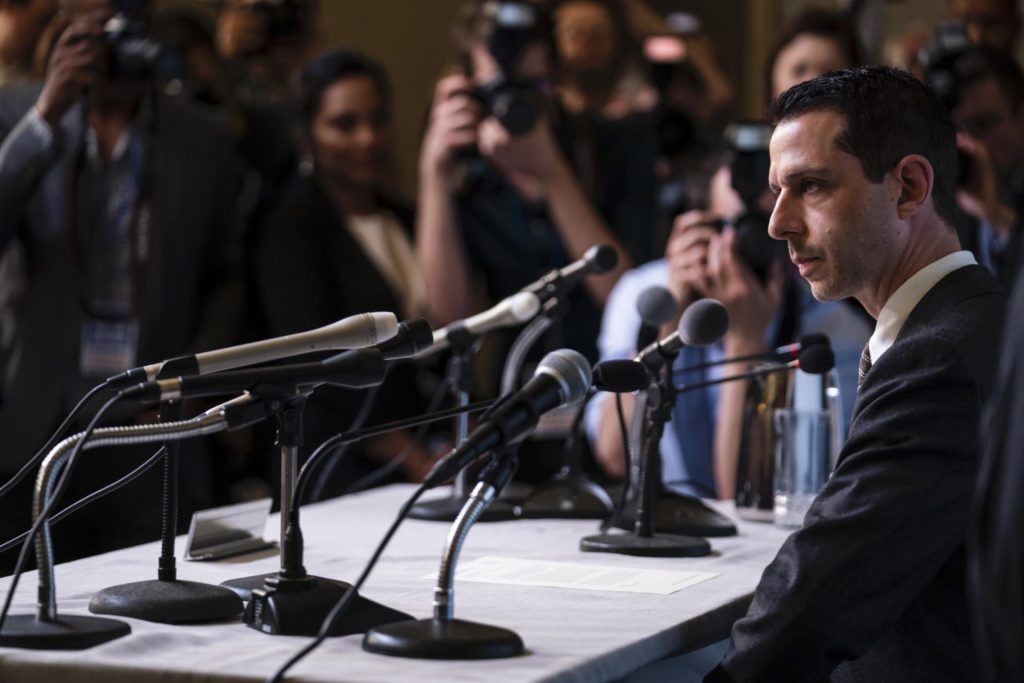 The word-of-mouth success of “Succession” has made the HBO series one of the most buzzed-about shows over the past year. Besides a number of awards for the series itself, the bulk of the prize consideration to date has been for Brian Cox, the Scottish actor who plays media titan Logan Roy. He’s a bear of an executive who oversees a communications empire that includes ATN, a Fox News-like channel where the latest conspiracy theory is treated like it’s breaking news. This past January, “Succession” won the Golden Globe as the year’s best drama series, and Cox took home the trophy as the year’s best actor.

As undoubtedly wonderful as Cox is, the most dramatic arc in the series over the past two seasons, however, has been the journey of his son Kendall (Jeremy Strong). Kendall has long been assumed to be the heir presumptive to the Logan family empire, and when Logan suffers a hemorrhagic stroke, Kendall is convinced that it’s time for him to take the reins, but Logan quickly recovers and declines to name a successor. While Kendall’s younger brother Roman (Jieran Culkin) tries to kiss his father’s butt to gain favor, Kendall decides to take a confrontational approach, organizing a palace coup that fails in the board room by one vote. Kendall seems undaunted, but a second unsuccessful attempt prompts him to return to his old comforting friend, cocaine.

While Cox delivers a performance that is big big big as befitting the role of a media titan, Strong takes a different approach, underplaying his role as Kendall, taking a more interior approach to the character. His Kendall is a man with underlying demons. Though it’s never overtly expressed (which is a strength of the performance), I suspect that Kendall wants the power that comes with the job but is wary, not only of the responsibility that comes with it, but of his fear that his inner demons will return and place his company in jeopardy. It’s a smart move by Strong, an actor of whom I knew little but whom, I suspect, will have an enormous career ahead of him.

This article was originally published at Goldderby.

Cate Blanchett Headlines Her First American TV Series in “Mrs. America,” and the Result is Triumphant