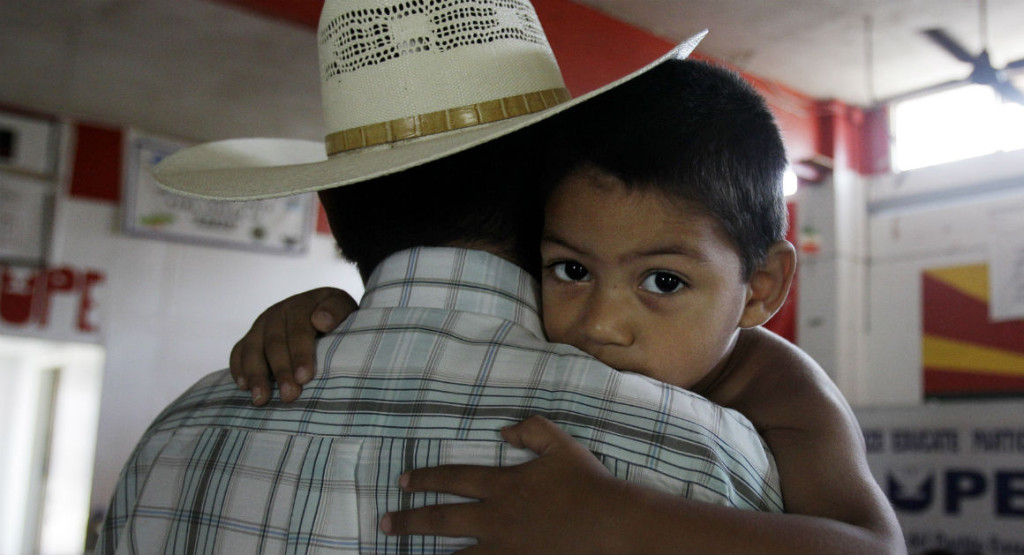 That’s a key clause in the 14th Amendment to the United States Constitution.  If you were born on U.S. soil, you’re a U.S. citizen.  Simple, clear, done, obvious to everyone.  Even to Bill O’Reilly.  But not, it seems, to Donald Trump.

From the 8/18 “The O’Reilly Factor”:
O’REILLY:  “The 14th Amendment says that if you’re born here, you’re an American, and you can’t kick Americans out…
TRUMP:  “Bill, I think you’re wrong about the 14th Amendment…”
O’REILLY:  “I can quote you…you want me to quote you the amendment?  If you were born here, you’re an American.  Period.  PERIOD!”
TRUMP:  “But there are many lawyers, many lawyers are saying that’s not the way it is..”

Of course, there are lawyers who say that, Donald, especially the lawyers who cash your checks.  However, the overwhelming opinion of legal scholars is that Trump, as he was with his birther theory, is dead wrong here.  That should have been yet another nail in the campaign coffin of the reality show billionaire, but of course it wasn’t.
A week has passed since Trump’s comments, but while the dustup hasn’t dented the frontrunner, it did reveal a number of interesting cracks in the campaign strategies of Trump’s opponents.

Scott Walker, for example, who has been recently aping Trump’s positions, did so again initially on this issue.

Even worse was Jeb Bush.  With his 41-year marriage to wife Columba who is Mexican herself, one would think that Bush would be a little more sensitive to the citizenship issue.  You’d think wrong, with his use of the slur “anchor babies,” describing children born to undocumented workers while on US soil.  This week Bush desperately tried to backtrack, asserting that his remarks weren’t referring to Mexicans.  He said he was referring to Asians.  Yeah, that’ll help.

Compared with all the GOP flip-flops, if there has been one group that has remained consistent throughout this affair, it has been the Latino community.  To a person, Latino leaders have been steadfast in decrying Trump’s position, and in so doing, Trump may be unwittingly building a stumbling block for winning the general election.

“He is galvanizing the Latino community and giving them the same kind of impetus that Obama’s campaign gave to African-Americans,” observed Carlos Garcia, noted consultant and Hispanic research expert.  “He is inadvertently uniting a very diverse group and lighting a bright hot fire under the push to get Latinos to register and vote.”

If Garcia is right and the Latino vote can be mobilized (and I think it can), Trump may still win the battle (among GOP primary voters, at least), but he most assuredly will lose the war.