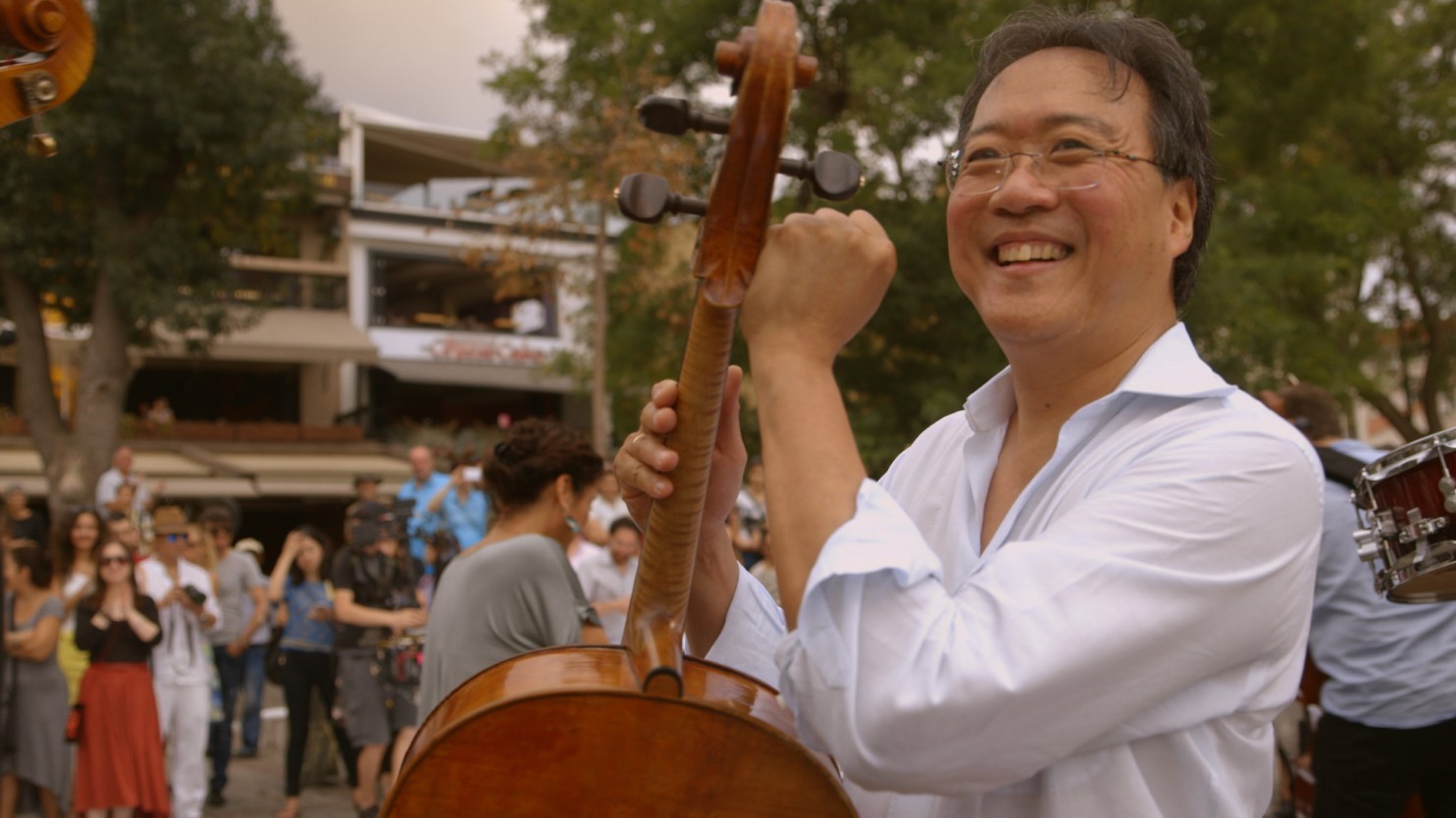 If there is a short list of musicians who could be considered beloved, 60 year-old cellist Yo-Yo Ma would have to be high on that list.  A seasoned professional by the age of 7, when he played for both Presidents Eisenhower and Kennedy, followed by television appearances with Leonard Bernstein at age 8 and on “The Tonight Show” by age 9, Ma is had a spectacular public career, bringing classical music to a public who may not have otherwise appreciated it.

His fame brought Ma the opportunity to branch out into other fields, such as film composing and forays into world diplomacy.  One of Ma’s most memorable achievements occurred in 2000, however, when he brought together an eclectic collection of Eurasian musicians and called them The Silk Road Ensemble, after the famous trade route which brought trade and spices to Europe, Asia and finally to China.  The ensemble consists of musicians whose heritage touched the Silk Road and who often bring to the group unusual instruments and a distinctive sound.

Enter filmmaker Morgan Neville, winner of the Oscar for his 2013 documentary “20 Feet From Stardom,” who sets out here to chronicle the history of the ensemble and profile a number of its ever-changing members.  Besides focusing on Ma and his love of performing, “The Music of Strangers: Yo-Yo Ma and the Silk Road Ensemble” hopscotches all over the world — from Tanglewood in Lenox, MA where the group was first born to Iran, China, Spain and Syria, from where the group’s performers hail.

And there are quite a few real characters in this bunch.  There’s Cristina Pato from Galicia in northern Spain, who is a superstar in her country for her mastery of the bagpipes; Kinan Azmeh, a delightful clarinetist from Syria; Kayhan Kalhor, who plays the kamanche, a stringed instrument slightly smaller than a cello; and Wu Man, a Chinese master of the pipa.

While their personalities may be quite different, the musicians of the Silk Road Ensemble come together to blend their distinctive sounds into a melodic whole.  As an entertainment, “The Music of Strangers” makes for a nice night out.  It’s just not much of a movie.

This is surprising coming from a filmmaker as talented as Neville.  In “20 Feet From Stardom,” he attached great music from the back-up singers on whom he was finally shining a spotlight to a compelling story — after years of being pushed into the background for one reason or another, these women were finally being a platform to tell their stories and demonstrate their overwhelming talent.  It meant something.  Last year’s Oscar winner, “Amy,” had a powerhouse story to tell in addition to the music.

“The Music of Strangers” is…nice.  Nothing wrong with nice, and, yes, there are times when the political challenges in Syria and Iran are referenced that give the film a little heft. But too often, the film seems to be little more than an extended profile that one would expect to see on “60 Minutes,” rather than something memorable that makes it worth spending your time and money in the theater.