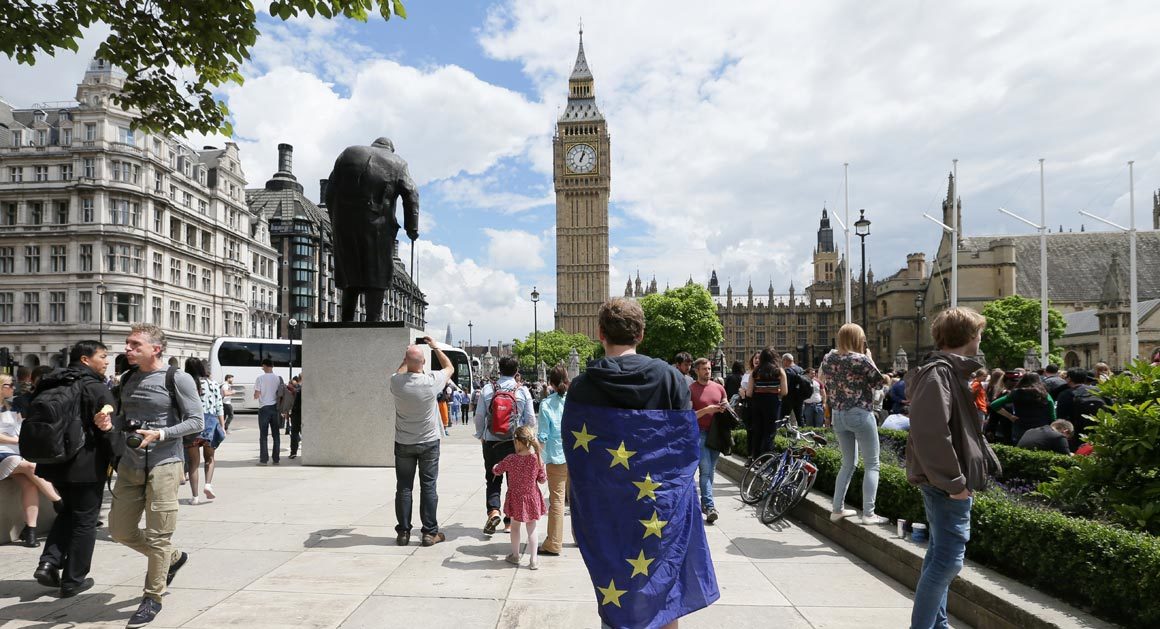 If someone tells you that they know what the British vote to exit (or “Brexit”) the European Union really means, just laugh, because nobody really knows.

When the shocking news broke on Friday morning that UK voters, by a margin of 52%-48%, voted to leave the EU, world leaders were stunned.  Around the world, economic markets, unsettled by the sudden instability at the outcome, plunged, with the British pound falling to a 31-year low, and the Dow Jones in America dropping by over 600 points on Friday.  (The Dow dropped another 260 points on Monday.)

British Prime Minister David Cameron immediately announced that he was resigning, further destabilizing the British government, and hundreds of trade agreements will now have to be renegotiated and rewritten.

How did this happen?

The vote was actually called by Cameron, who was being bedeviled by his opposition who wanted the UK out of the EU.  Confident at that time that the “Remain” side (who wanted the UK to stay in the EU) would cruise to victory, he saw this as a way to prove to his critics that the British voters did not support their side.  Boy, was he wrong, and that mistake has not only cost Cameron his job but has plunged his country (and the world) into an economic downturn the likes of which haven’t been seen since the Wall Street collapse of 2008.

How did the “Leave” side pull off such a stunning victory?  They put together a charismatic right-wing leader (Nigel Farage of the U.K. Independence Party) who made a particular appeal to those who fear the rising tide of immigration.  Hmmn…sound familiar?  The immigration boogeyman apparently worked with elderly voters in particular, who turned out in droves to vote “Leave.”

In fact, only large British cities (London, Liverpool, etc.), Scotland and Northern Island voted “Remain.”  Otherwise, “Leave” swept all other municipalities.  Scots especially were furious with the final result, and now talk of Scotland breaking away from the UK to become an independent country that could remain a part of the EU has returned in earnest.

When clearer heads woke up on Friday to see the result, buyers’ remorse suddenly set in among factions of the British electorate.  The hashtag #WhatHaveWeDone was trending all day, and a petition to have a do-over election has been sent to Parliament with almost 4 million signatures.  But legal scholars appear to agree that there’s no way to undo the damage that has been done.

Now the most important question (as it always is) — How does this affect Americans?  (Besides shredding our 401Ks, I mean.)  Politically, the anti-immigrant wave would appear to be a movement that would favor Donald Trump.  And Trump was traveling in Scotland, inspecting yet another of his golf courses, so there were plenty of chances for him to make a Presidential-sounding statement.  Did he?  Of course not, he’s Donald Trump.

He first put out a tweet congratulating Scotland for voting “Leave.”  (They didn’t.)  When he finally came to the microphone, facing reporters anxious to hear his reaction to the biggest international economic crisis in recent memory, the only thing he talked about was how fabulous his golf course was.  (“And look at that lighthouse behind me.  Isn’t it beautiful?”)  When finally pressed by reporters to comment on Brexit, Trump (who didn’t know what Brexit was in interviews as recently as two weeks ago), said that it was a great thing for the British pound to be devalued, so that now more people could afford to come to his golf course.  Huh?  Wha?  Unbelievable.

Probably the saddest moments of the crisis were TV interviews with young Brits who could not believe that their grandparents could be so selfish as to jeopardize the younger generation’s economic future because the elderly had a temper tantrum at the polls.

Let’s hope that the American electorate doesn’t have the same kind of temper tantrum in November.