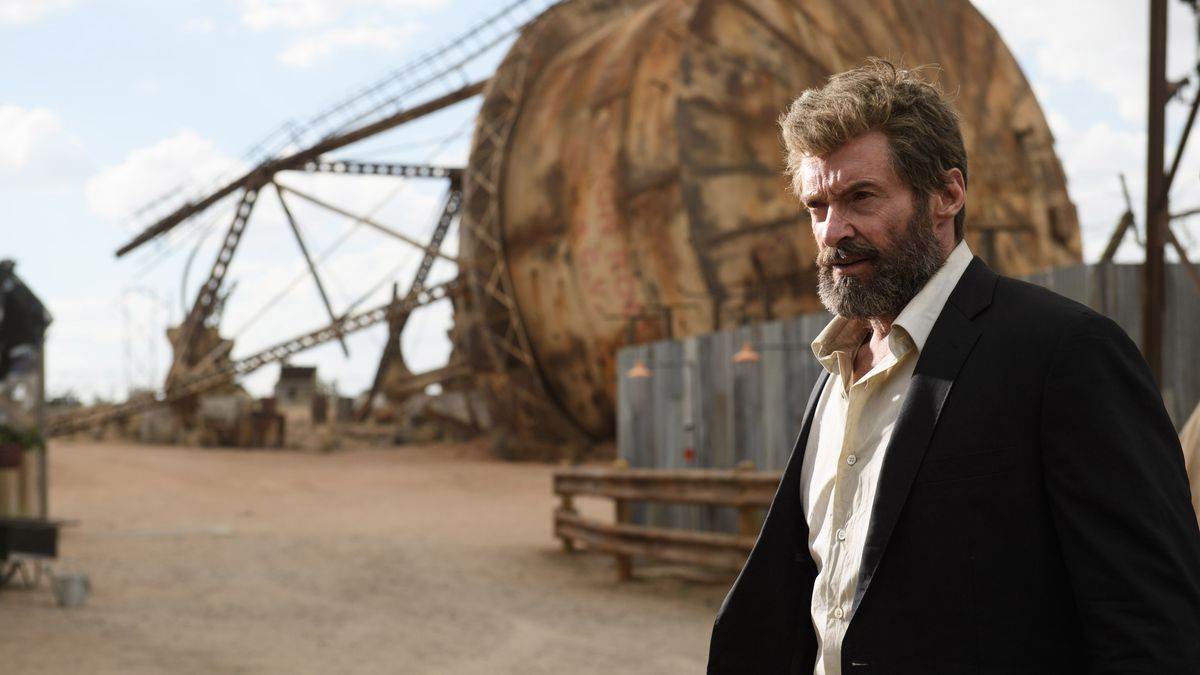 The world of “Logan” is very dark, very bleak and not a whole lot of fun.

It’s the year 2029, and the world of “X-Men” is extremely different from what we remember.  No new mutants have been born in the last 25 years, and they are on the brink of becoming extinct.  The Academy is closed, and most of the original “X-Men” crew have died.

In failing health, Professor X (Patrick Stewart) is in danger of losing control of his telepathic power.  Living just across the border in Mexico with mutant tracker Caliban (Stephen Merchant), Professor X is being cared for by James “Logan” Howlett (Hugh Jackman), whom we know better as Wolverine, who soon plans to retire on a large boat even though Logan’s health is deteriorating as well.  (He should know better — retirement is never a realistic option in the world of superheroes.)

Logan is approached by a nurse who has rescued Laura (Dafne Keen), an 11-year-old girl who shares many of the same superpowers (including those razor-sharp talons) as Wolverine himself.  (Hmnnn….could she possibly be….???)  It seems that Laura was being bred by a biotechnology firm, which studied the mutant children they had created and was ready to dispose of them.  The rescued Laura wants Logan to take her to North Dakota where there is “Eden,” a safe place for mutants like her (at least according to the “X-Men” comic books she reads).  Logan wants no part of this trek until the evil biotech firm makes it personal, so suddenly it’s time for Logan to hit the road.

There’s a lot going on in “Logan,” not all of it good.  As you may have heard, the film marks the final time that Jackman and Stewart will be playing their “X-Men” characters, so there’s a certain poignancy in seeing them go through their final paces together.  They are by far the best reason to see “Logan” (and Stewart’s work here is some of the best he has ever done on film).  Mangold has given his story the structure of a western, with Logan as the lone gunslinger (there’s a motif of George Stevens’ “Shane” running through the film), so when the storytelling gets wobbly, that template helps to get it back on track.

The other big element of “Logan” that differentiates it from others in the Marvel universe is its R-rating, the first “X-Men” film to have received that rating.  Critics, who by and large have liked “Logan,” have argued that the less restrictive rating has allowed content in the film that has helped to liberate it, both in its use of language and violence.  And there is a narrative thread in which Logan rages at how the “X-Men” comic books have sanitized the violence with which superheroes have to deal, which could provide a plausible justification for the intensity of the violence here.  But I don’t buy it.

Simply, that kind of explicit violence can change how an audience might perceive a character, especially one that you’ve spent years fashioning.  In the previous “X-Men” films, Wolverine would raise his talons against a foe, and the camera would pan away just at the last second — the violence was all in your head and exciting for all that.  But when he makes the same motions with his talons here, and we see the sights and hear the sounds of sharp metal tearing through flesh, we think of Wolverine differently (which is probably the point, unfortunately).  It’s all in your face and makes the film a lot less fun, particularly when we are watching an 11-year-old character slice up a bad guy.  There’s an “ick” factor to portions of “Logan” that is at times difficult to shake.

That’s a shame.  I was so looking forward to bidding a fond farewell to Professor X and Wolverine, and while I’ll recall them fondly, I won’t feel the same about “Logan.”