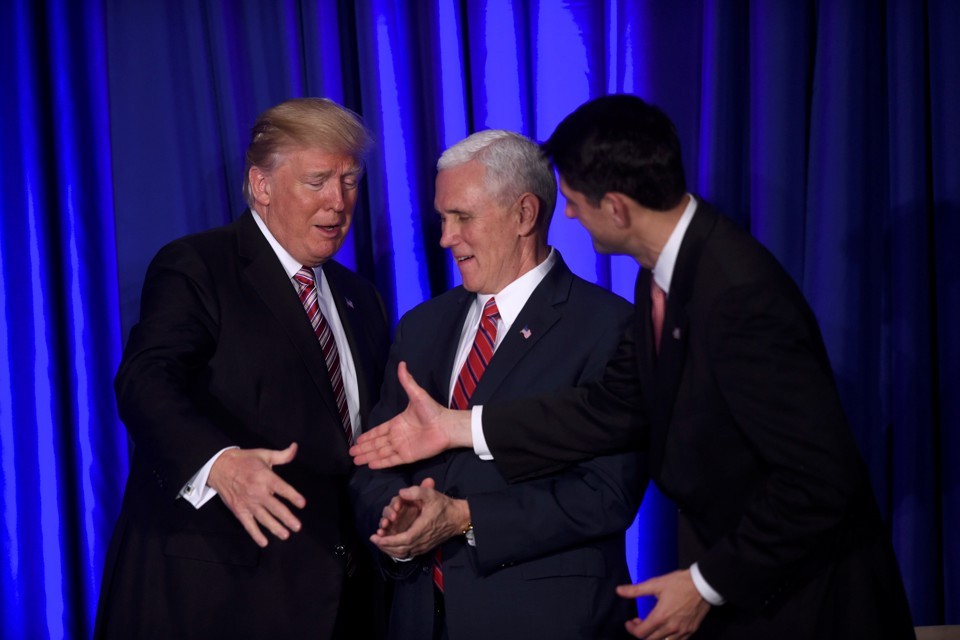 At a speech in St. Augustine, FL last October, candidate Donald Trump offered assurance to his boisterous rally audience with these fateful words:

“You’re going to have such great health care at a tiny fraction of the cost. And it’s going to be so easy.”

Then came Friday and the thud heard ’round the world.

After only 17 days of existence, the Republicans’ replacement for Obamacare, this time called The American Health Care Act (AHCA), crashed and burned when the GOP failed to muster up the necessary 215 votes in the House of Representatives in order to pass the bill through to the Senate.

It was not until last week that it became evident that the bill was headed for trouble when House Speaker Paul Ryan found himself juggling the demands of two important factions within the Republican Party — The Freedom Caucus (super-right wing GOP believers) and The Tuesday Group (the ever-declining number of moderate to center-right Republican House members).

Whenever one side would get a concession from Ryan, the other would threaten to vote against the bill.  For example, when The Freedom Caucus persuaded Ryan to remove insurance coverage for mammograms and maternity care for women, The Tuesday Group vowed that they’d walk away from the bill.  Ryan knew that he needed to keep both groups in line in support of the bill if it had any chance of passing.  As the week progressed, however, Ryan began to look weaker and weaker, so he brought in The Big Gun, the Master Dealmaker, the Grand Poobah of the Boardroom — Donald Trump himself.

One thing you have to say for Trump — he doesn’t lack in self-confidence about his own skills in making deals.  So he tried every trick he knew to lure both groups into doing his bidding.  He started out with the carrot-and-the-stick approach, offering to give each side a sweet deal if they would only come to his side and support the bill.  That went nowhere fast.

Trump then turned to threats.  He met with the groups’ members and vowed if they voted against him that he will visit their districts to make sure that they had a serious primary challenger in their bids for reelection in 2018.  Usually that’s a pretty reliable threat, but when your own approval rating is somewhere near 36%, it’s a pretty empty one.

So then Trump had to pull out his secret weapon from “The Art of the Deal” — walking away from the table.  On Thursday, he suddenly announced that he was done negotiating with both groups.  He was calling a vote for late Thursday (which was later pushed to Friday), warning all that a vote for the bill was a vote for Trump and opposing it would a vote for Obamacare and Planned Parenthood (shudder).  At that, both The Freedom Caucus and The Tuesday Group members gave the President the legislative equivalent of “Bye, Felicia.”

Not only did Trump’s tactics fail, but as Friday went on, Republican House members from outside those groups began to defect as well, leaving Ryan with no choice but to return to the White House to tell Trump that he was pulling the bill from the House floor.  Trump, characteristically, refused and his aide Steve Bannon reportedly demanded that each legislator cast a vote publicly so that Trump could know who his enemies are.  (Shades of Richard Nixon!)  But El Jefe finally saw the wisdom of not forcing House members to vote on a bill that would probably, even if it passed, go off to the Senate to die there anyway.  So Trumpcare was officially dead.

Trump typically went into blame mode (when things go badly, it’s never his fault), and after a half-hearted attempt to blame the Democrats, he finally decided it was all the fault of Ryan and The Freedom Caucus, the very people he’s going to need to be on board for his next big legislative adventure — Tax Reform!  If Trump thinks he had trouble passing health care, that’s a walk on the beach compared with tax reform, which has produced some of the bloodiest fights on Capitol Hill in previous attempts.

And he wants to do all this at the same time as the Trump Administration has come under Federal investigation by the FBI on their suspicious ties to Russia, as the FBI says that Trump’s accusation that Obama had wiretapped his office in Trump Tower was hooey, that his son-in-law Jared Kushner is set to come before the Senate Intelligence Committee to testify about his own ties to Russia and that the House Intelligence Committee Chairman, Devin Nunes, was caught running to Daddy Trump to show him evidence he obtained on Trump (the person he’s supposed to be investigating) evenbefore he even showed the evidence to his own committee.  And all that was just within the last seven days.

Remember when candidate Trump said this?

“We gonna win so much you may even get tired of winning and you’ll say please, please Mr. President, it’s too much winning!  We can’t take it anymore!”

He’s right about one thing.  We can’t take it anymore.  But it has nothing to do with winning.