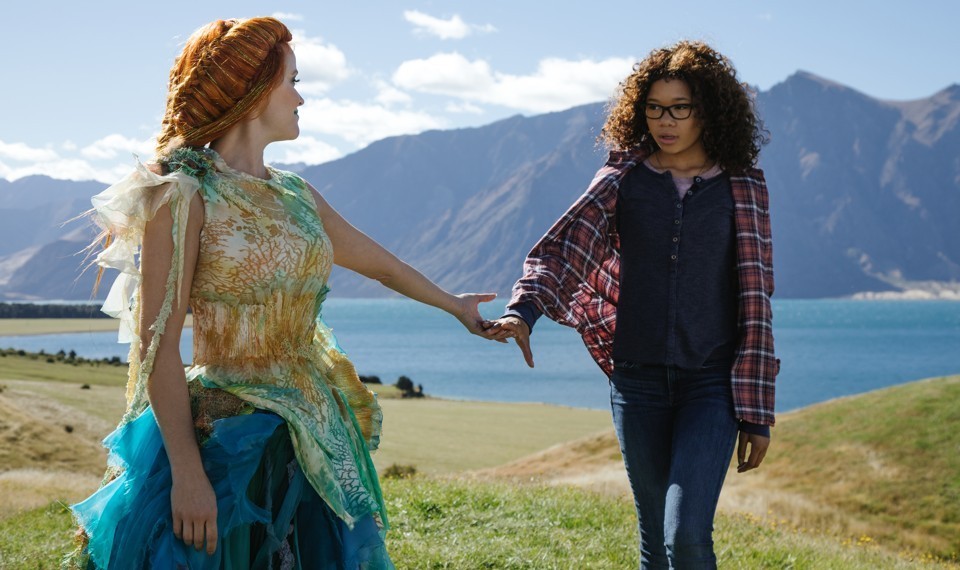 After creating two of the most challenging films in the past four years about African-American history, Ava DuVernay would seem to be able to direct almost anything.  So a children’s film should be no sweat, right?

DuVernay’s last two films — 2014’s “Selma,” a dramatization of the famed march led by Dr. Martin Luther King, and 2016’s “13th,” a documentary focusing on black incarceration and the 13th Amendment — were each nominated for major Academy Awards (“Selma” for Best Picture and “13th” for Best Documentary Feature).

So when Disney announced that DuVernay would next direct the first feature adaptation of Madeleine L’Engle’s children’s novel “A Wrinkle in Time,” there was enormous excitement within the film industry, as this would mark the first time that a woman of color would direct a film with a budget exceeding $100 million.

Many critics have referred to L’Engle’s book as “beloved,” especially among pre-teen girls.  (Contrary to scurrilous rumors, I was never a pre-teen girl, so “A Wrinkle in Time” was new to me.)  And to seal the deal, Disney brought on screenwriter Jennifer Lee, who wrote the Holy Grail of pre-teen animated films, “Frozen.”

“A Wrinkle in Time” is strongest when it focuses on its heroine, 13 year-old Meg Murry (Storm Reid), who lives in a quaint suburban house with her precocious brother, 6 year-old Charles Wallace (Deric McCabe) and her scientist parents Alex (Chris Pine) and Kate (Gugu Mbatha-Raw).  Alex is fascinated by and experiments with time travel and believes that there is a fold in the fabric of time (called a tesseract) that would allow traveling across vast distances through space.  When, one night, Alex disappears off the face of the earth, Meg is convinced that her father has “tessered.”

Alex’s disappearance, however, becomes the scandal of the town, with many whispering that he disappeared with another woman.  Meg takes the brunt of the town gossip, as she becomes the target of cruel pranks by classmates, which only serve to drive her further back into her shell.  Up until this point, the plot sounds like an Afterschool Special, albeit a superbly directed one with a strong lead performance by Reid.

It’s at this point, however, that things begin to get wobbly.

One night Charles Wallace invites a beautiful woman in a white gown into the family home.  She introduces herself as Mrs. Whatsit (Drew Barrymore at her wackiest, not her best mode), who claims that the tesseract theory on which Alex was working is real.  After school the next day, Meg and Charles Wallace, along with classmate Calvin O’Keefe (Levi Miller), encounter a second woman, Mrs. Who (Mindy Kaling, criminally underused) and eventually a third, Mrs. Which (Oprah Winfrey), who appears as a giant in the Murry family backyard.

I’m sorry, but the last thing this picture needs right at this point is a 30 foot-tall Oprah.

Winfrey can be a wonderful actress (she was terrific in a supporting role in DuVernay’s “Selma”), but here she delivers exactly the kind of performance that you’d expect Oprah the Life Coach would give — encouraging, empowering and inspiring the insecure Meg to become a warrior.

The three women explain that they are astral travelers, and using the tessertact, they whisk the three kids off to a planet where they believe that Alex may still be alive.  The planet’s look seems right out of “Avatar,” with brightly-colored vegetation and fluttering butterfly-like creatures that seem to exist only to justify the extra $4 for your 3-D glasses.  In fact, the computer-generated imagery is so pervasive that it threatens to overwhelm the crucial storyline, Meg’s journey.

It’s a Disney film, so naturally there are guest stars — Zach Galifianakis as a psychic named The Happy Medium (I know, but remember, this is a kid’s film) and a surprisingly unrecognizable Michael Peña as a red-eyed bodyguard to the evil force that exists on this planet whose goal is to split up the kids.

“A Wrinkle in Time” has its heart in the right place, and the through lines that Lee’s script hangs on to — Meg’s quest to find her inner warrior and the kids’ quest to be reunited with Alex — get the film back on track whenever the special effects don’t get in the way, which unfortunately is not often.

Still, bravo to Disney for ponying up the money for something different — a good portion of the studio’s recent family films are merely live-action remakes of their previous animated hits — and for hiring an artist who is willing to swing for the fences (as DuVernay certainly does here).  If “A Wrinkle in Time” falls short (and I’m sad to say that it does), it’s not for want of trying.

“Angels in America” Returns to Broadway, As Powerful As Ever