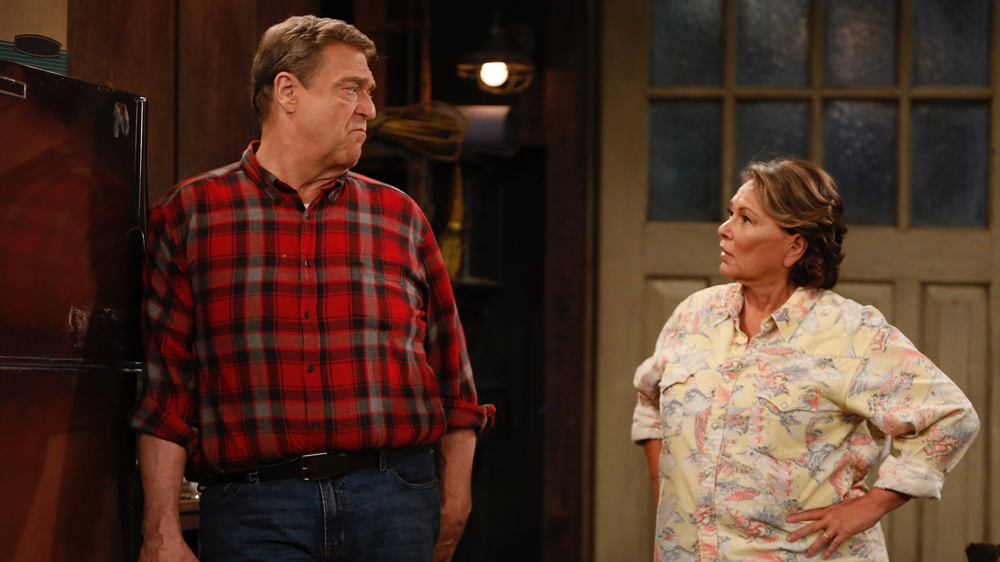 On Friday evening, I was attending a seder, and after prayers were finished, the dinner conversation turned, as it often does out here, to the topics of show biz and politics.  And right at the intersection of both were the huge ratings that the return of the classic ABC sitcom “Roseanne” garnered on Tuesday night — it was the highest-rated sitcom premiere in the past four years, a remarkable achievement in these days of cable dominance.

I commented that I had watched the two-episode premiere and enjoyed it.  At that point, one of my best friends at the table said that he had no intention of watching the show, citing Roseanne Barr’s politics.  He explained that it wasn’t just that she was a Trump supporter but what kind of Trump supporter that she presented herself to be on social media.

I can see my friend’s point.  Barr’s many tweets suggest that she is a bit of a conspiracy nut in real life.  For example, she was among the most prominent names to promote the crackpot right-wing theory that Hillary Clinton was running a child sex-trafficking ring out of a Washington, D.C. pizza parlor.  (That Hillary has so much time on her hands!)  And this past week, Barr tweeted admiration for Trump, whom she claimed had freed children from pimps running sex trafficking rings everywhere.  (I must have missed that.)

Being a free America (for now), people are able to watch what they want to watch, of course, and a lot of people (myself included) wanted to watch “Roseanne.”

I’m afraid that ship may already have sailed.  Often the top two markets for a TV show are the ratings-heavy cities of New York and Los Angeles.  For “Roseanne,” however, the biggest ratings on Tuesday night came from Pittsburgh, PA and Tulsa, OK.  (New York and Los Angeles didn’t even make the Top 30.)  Clearly, “Roseanne” is a smash in Trump country.

But I would ask my fellow blue-state elites to think for a moment before writing this show off completely.  For one thing, you’d be giving up the chance to savor seeing John Goodman and Laurie Metcalf, two of the very best around (and they’re terrific in this), perform every week.  And two of the main contributors to the storylines are Sara Gilbert (co-star and executive producer) and Wanda Sykes (head writer), both prominent LGBT women.  (“Roseanne” has always been progressive on LGBT issues, and the premiere’s second episode primarily focused on Roseanne’s 9 year-old gender-fluid grandson, and her passionate defense of who he is to his new classmates.)

Yet, for me, what has always distinguished “Roseanne” is the quality of the writing and the fine line it has to draw in finding laughs amid the financially-crushing (and spiritually-crushing) burdens of the middle and lower-middle classes in his country, which the show has covered so well.

As an example, I just want to focus on this exchange in the premiere’s first episode between Roseanne (a Trump supporter) and her sister Jackie (Metcalf), to whom she hasn’t spoken in a year because of the results of the 2016 election.  Jackie finally agrees to show up at a family dinner, but, in an attempt to provoke her sister, Jackie shows up wearing a pink pussy hat and a NASTY WOMAN T-shirt.  But then things get real.

JACKIE:  “How could you have voted for him, Roseanne?”

ROSEANNE:  “He talked about jobs, Jackie.  He said he’d shake things up.  I know this might come as a complete shock to you, but we almost lost our house the way things are going.”

JACKIE:  “Have you looked at the news?  Because now things are worse.”

ROSEANNE:  “Not on the REAL news.”

Not to be too much of a writing nerd, but this kind of script construction is the essence of “Roseanne.”  Roseanne (the character) will say something political but a remark with which most people can agree — Trump (never referred to by name in the first episode) did talk about jobs and his desire to shake things up during the campaign.  Red and blue states are momentarily one.  Then the “REAL news” line sends each side back to their comfortable corners — red staters may feel reassured that Roseanne Conner gets us, while blue staters can assume that the character has drunk too much of the Trump Kool-Aid.

Several sitcoms have tried and failed to mine a political angle, but you’d have to go back 45 years to the balancing act that Norman Lear achieved with “All in the Family” and the right/left fights between Archie Bunker and Meathead to get to the level of “Roseanne” where audiences on both sides of an issue can walk away feeling that their side was respected.

When you’re reviewing a series based on only two episodes, it’s risky to recommend it too highly.  Series producers have assured us that only the first episode of the premiere is overtly political, but with promised topics coming up such as the opioid crisis and healthcare in America, it’s difficult to imagine that some politics might not creep in.

This Tuesday’s night’s episode is scheduled to be about parenting skills, which you’d think would be free of politics.  But with “Roseanne,” who knows?  I’ll be tuning in to find out, though.