Showtime’s “The Circus: Inside the Wildest Political Show on Earth” May Be the Most Topical Series Out There Right Now 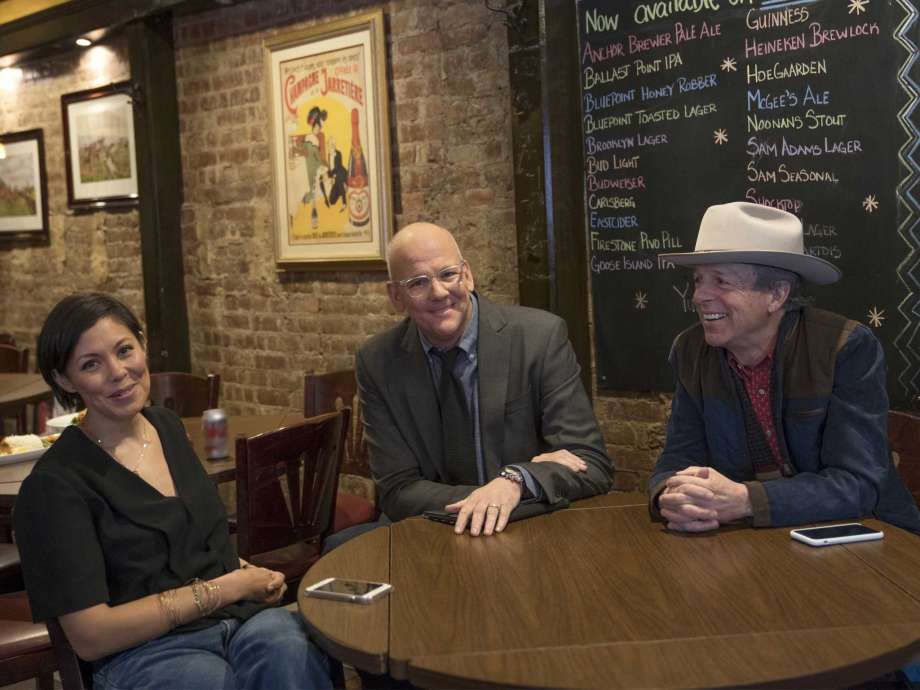 Showtime’s “The Circus: Inside the Wildest Political Show on Earth” (and I’m not typing that full title again) is a documentary series that films during the week, is edited on the weekend and airs on Sunday night, looking like a million bucks.

On a Sunday that is filled with opinion-driven morning shows, “The Circus” offers a fresh perspective each week because its principals somehow have access to the key newsmakers of the week that no other camera crew seems to be able to penetrate.

The show’s third season began last Sunday, which is somewhat miraculous, as one of its original hosts, Mark Halperin, was one of those journalists accused of sexual harassment in the #MeToo movement.  As a result, his book about the 2016 campaign, co-written by “The Circus” co-host John Heilemann (pictured center, above), was cancelled by his publisher– Heilemann and Halperin co-wrote the best-sellers “Game Change” (which was turned into an Emmy-winning HBO movie) and “Double Down,” which covered the 2012 campaign.  With the book’s cancellation, many thought that “The Circus” would meet the same fate.

Happily, Showtime gave the show another chance.  Halperin is gone, but now in his place is esteemed journalist Alex Wagner (pictured left, above) who brings a much-welcomed female perspective to the series.  GOP political strategist Mark McKinnon (he of the big hats and the neck scarves) continues on to give the show valuable access to Republican insiders.

The speed with which this show is put together and the polish that it displays is breathtaking, and even though Emmy voters have not given “The Circus” any love, they really should give the series a serious look.

The third-season premiere episode took an on-site glimpse into the Russia issue with all three hosts in Moscow talking to Margarita Simonyan, editor-in-chief of Russia’s English-language network RT, who’s referenced 27 times in the U.S. intelligence report that found Putin ordered an influence campaign aimed at the U.S. election.  (RT is kind of the Fox News of Russia.)  Simonyan takes a Sgt. Schultz approach (“I know nothing, I see nothing”) to the whole Trump/Russia matter, which makes for frustrating television but speaks volumes to the approach that Russia is taking to this whole mess.  “The Circus” may not always give you answers, but it does give you access to key individuals whom you won’t see anywhere else.

McKinnon has previewed that this upcoming Sunday episode is set to be called “Too Many Lawyers,” which focuses on the many legal issues now plaguing President Trump, and profiling the men and women who are currently caught up in them —  Alan Dershowitz (once-liberal Harvard professor who is now a big Trump defender), Michael Avenatti (Stormy Daniels’ attorney), Joe DiGenova (extreme right-wing conspiracy theorist), and Sally Yates (the former acting attorney general fired by President Trump for telling the truth).  Personally, I will tune in just to see Avenatti alone, who is brilliantly using many of Trump’s tactics against him and really screwing with the President’s mind, which is delicious.

Faithful readers of this column will know that I am a news junkie, but there is a huge difference between the on-the-fly reporting of daily cable news and the polished news-of-the-week approach of “The Circus.”  You may come for the polish with “The Circus,” but, believe me, you’ll stay for the incisive perspective.

Though a Bit Tone-Deaf at Times, Wes Anderson’s “Isle of Dogs” Is Still a Visual Stunner