The Washington Press Corps is Shocked, Shocked! That a Comic Would Be Disrespectful to the White House — Seriously? 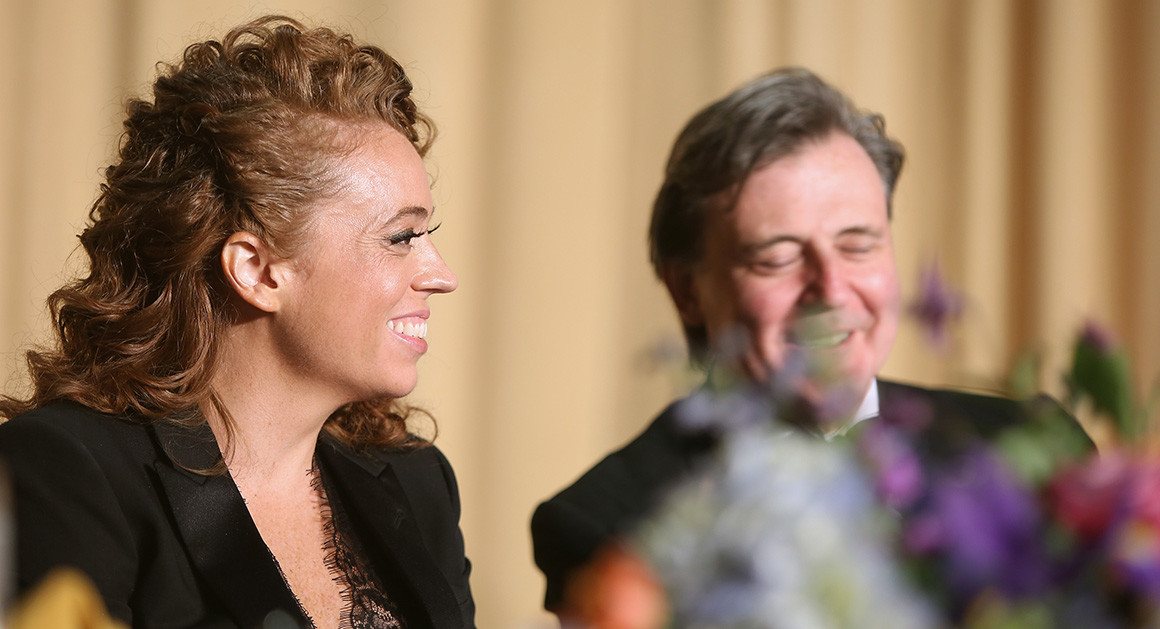 It’s a wonderfully worthy cause that brings out reporters, politicians and Hollywood celebrities, although the latter have been in short supply during the current administration.  Whatever qualms you may have about reporters rubbing elbows with the people they’re supposed to cover, it’s traditionally been a pretty festive evening.

Almost every President has appeared at the WHCD during their tenure.  The only exceptions have been Ronald Reagan, who was recuperating from being shot in 1981 (and he still called in!) and, of course, Donald Trump, who has boycotted the dinner over the past two years.

Traditionally, the President says a few words, and then the evening’s comic comes on to deliver what is essentially a roast of the President and his current administration.  For years, people have just rolled with it.

In the past two decades the WHCD has understandably been looking to raise its profile for the dinner and decided to hire some rather edgy comics to headline the event.  The days of booking Rich Little and company were long gone.  In its place, we have been entertained by the quality of Wanda Sykes, Joel McHale and Larry Wilmore.  Not bad.

It has been said that hosting the WHCD is the second worst gig in Washington after the job of offering a response to the President’s State of the Union speech.  (Few people have come out of that burden with their reputations intact.)  Nonetheless, comics grab the opportunity, and this year it was offered to Michelle Wolf, a contributor and writer for Comedy Central’s “The Daily Show with Trevor Noah.”

Wolf did a solid job — not brilliant, but far surpassing some of her previous predecessors in the job, earning a much deserved B+.  But the torrent of abuse that came her way after her performance was shocking in its intensity.

What was surprising is that most of the criticism came from female journalists.  Reporters whom I hold in great esteem — Andrea Mitchell of NBC News, The New York Times‘ Maggie Haberman and Mika Brzezinski of MSNBC‘s “Morning Joe” — all came down super hard on Wolf, particularly on Wolf’s jokes about press secretary Sarah Huckabee Sanders.  Here’s Brzezinski’s response:

“Watching a wife and mother be humiliated on national television for her looks is deplorable. I have experienced insults about my appearance from the president. All women have a duty to unite when these attacks happen and the WHCA owes Sarah an apology.”

Here is the joke that allegedly humiliated Sanders for her looks:

“I actually really like Sarah,” Wolf said. “I think she’s very resourceful. But she burns facts and then she uses that ash to create a perfect smokey eye. Like maybe she’s born with it, maybe it’s lies. It’s probably lies.”

I may be a dense guy, but I don’t see that joke being about Sanders’ looks — it’s about her lying, which she does every day from the podium of the White House Press Room.

In my previous life, I’ve worked closely with comics for years, and as screwed up as many of them may be, they know that each gig is a job.  Michelle Wolf had a job to do on Saturday night, and despite the tsk tsking from the cognoscenti, she did her job.  She’ll move on from this, her reputation enhanced, and we’ll wait for next year’s sacrificial lamb.  I’ve got my monologue all ready.

Though a Bit Tone-Deaf at Times, Wes Anderson’s “Isle of Dogs” Is Still a Visual Stunner

“Infinity War” Has a Story to Tell, but the Avengers Keep Getting in the Way