“Infinity War” Has a Story to Tell, but the Avengers Keep Getting in the Way 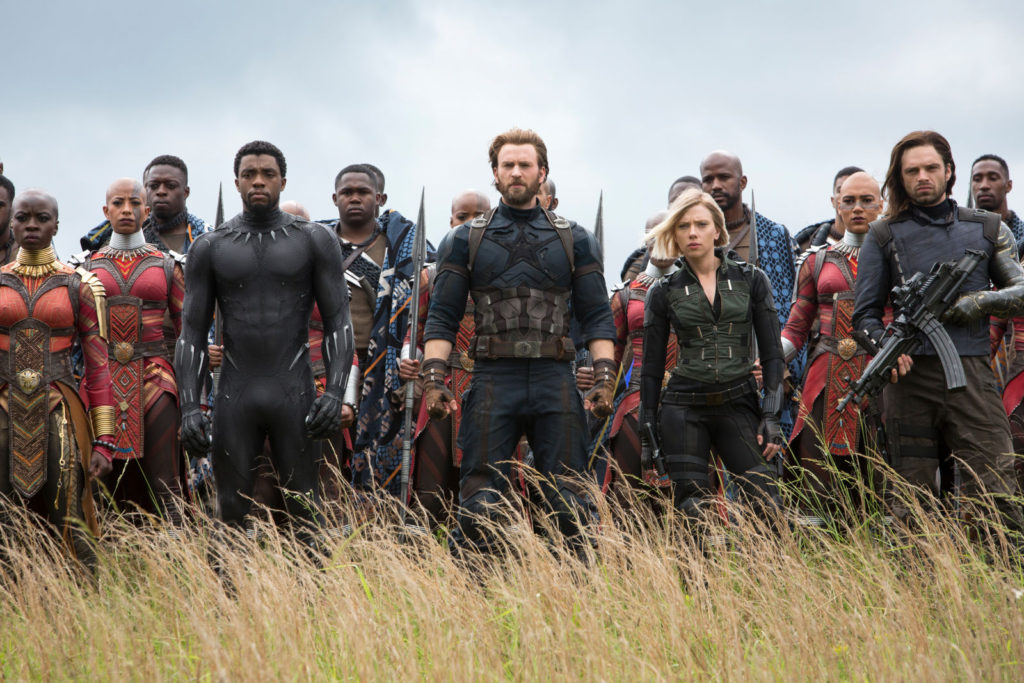 Among the many things that “Avengers: Infinity War” needs is a traffic cop.

Good Lord, the parade of Marvel Comics characters that pass by in this latest “Avengers” saga is staggering.

There’s Iron Man, Spider-Man, The Hulk, Thor, Captain America, Black Widow, Doctor Strange, plus the crews from both “Black Panther” and “Guardians of the Galaxy.”  And I’m probably leaving a few more out.

It’s busy, far busier than the first “Avengers” film in 2012 and the second, “Age of Ultron,” in 2015.  And while that brings a number of extremely appealing characters into the “Avengers” universe, it also creates a traffic jam in terms of storytelling.

In this, Marvel’s 19th film, the evil Thanos (Josh Brolin) seeks to decimate half of the world’s population, but to do so, he must obtain six infinity stones that fit into a gauntlet that will give him that power.  And The Avengers are there to stop him.

Here’s where the film gets into trouble early.  Once the plotline is established, it’s essentially dropped to give each Marvel superstar their own big introduction into the film.  “Hey look, there’s Captain America!  And Doctor Strange!  And Tony Stark!”  By the time the tenth introductory scene lumbers its way into the movie, you’ve completely lost track of the plot and wonder where this is all going.

When the good guys are finally clued in to Thanos’ plans, we’re well into the film’s 2 hour and 29 minute running time, but the film can at last get going.  And there’s some fun in the mixing of the Marvel characters.  Not surprisingly, the most delightful sequences involve the crew from “Guardians of the Galaxy.”  Star Lord (Chris Pratt) worries whether or not he’s getting fat, and it’s kind of a hoot to see Thor (Chris Hemsworth) interact with Rocket Raccoon (Bradley Cooper), continually mistaking him for a rabbit.  (Not the greatest joke in the world, especially for the sixth time, but in this film, you take what you can get.)

On the other hand, Downey, by this time, is entirely phoning it in as Iron Man, and Johansson as Black Widow seems like an afterthought plot-wise, a definite missed opportunity.

This leaves it to Brolin, as the villain Thanos, to carry the emotional weight of the film.  As the computer generated images whiz by, by far the most powerful scene in the film is between Thanos and his adopted daughter Gamora (Zoe Saldana), who is Star Lord’s right-hand woman in the “Guardians” series, as they confront each other on a cliff.  In a film that often descends into silliness, this scene has weight, emotion and consequences, which gives a hint as to the film that “Avengers: Infinity War” might have been.

There has been much speculation online about the number of Marvel superheroes who die in “Avengers: Infinity Wars,” and it’s true — many do.  (Sorry, you won’t get any names out of me.)  There are so many, in fact, that it casts a kind of pall over the film’s final 20 minutes.  However, I have a feeling that, in Marvel World, dead doesn’t always mean dead, and that the franchises that these deaths supposedly snuff out will rise again.

I’m not sure that “Avengers: Infinity Wars” earns the gravitas that these deaths provide.  But there’s always the next Marvel entry.  And the next.  And the next.

The Washington Press Corps is Shocked, Shocked! That a Comic Would Be Disrespectful to the White House — Seriously?