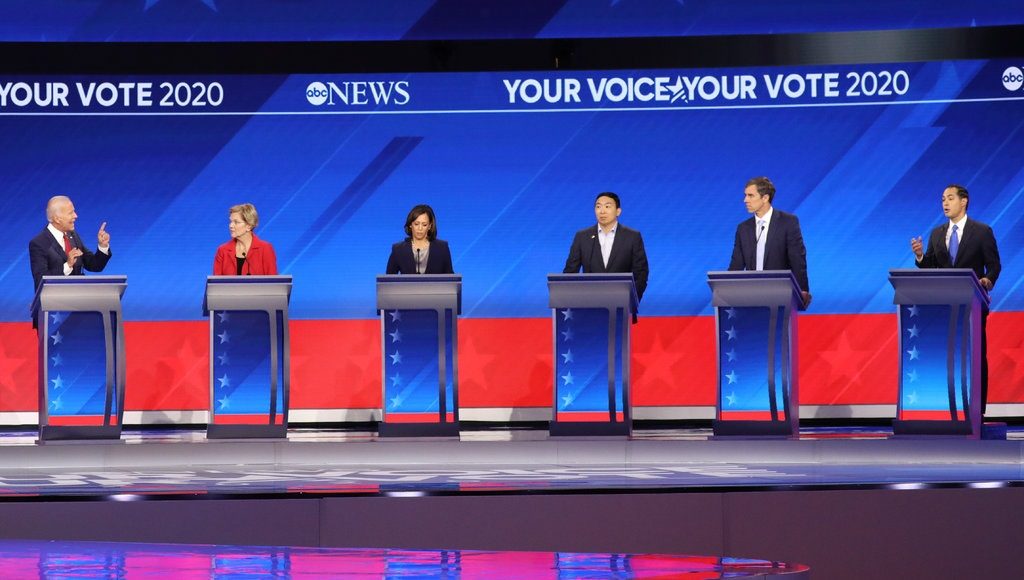 Certainly the ABC moderators (George Stephanopoulos, David Muir, Linsey Davis and Jorge Ramos) were the best so far in any debate, asking insightful questions without trying to pit one candidate against another for a cheap Jerry Springer moment.  Certainly the evening was long and there were a few significant issues left undiscussed, but that’s true of almost any one of these debates.

Most importantly, though, was how the candidates held up to some strong questions and who might have advanced their candidacies.  Let’s go to the scoreboard:

BETO O’ROURKE — The only lower-tier candidate to score big last night, the former Texas Congressman got right to the point when discussing his plan for how he would handle assault weapons:

It was the line of the night, and while it certainly plays into the GOP’s fearmongering that the Dems will “take away your guns” and likely doom O’Rourke’s candidacy in the general election, it did the Democrats a big favor by making background checks and voluntary gun buy-backs seem like reasonable compromises.

BARACK OBAMA – The 44th President took an unexpected pounding in the second debate as several of the more desperate candidates tried to attack Joe Biden by questioning the policies of the Obama/Biden administration, particularly on immigration.  Party elders were not amused, so last night one bouquet after another was to thrown to the former President, so at least on that front, all is right again in the Democratic universe.

JULIÁN CASTRO – Perhaps Castro felt he needed to swing for the fences to propel himself out of the lower tier, but his relentless attack on Biden, accusing him of making a statement that Biden never made, was bad enough.  But then following it up with five variations on “Did you forget what you just said?” clearly crossed the line.  Castro’s low blow prompted boos from the audience, who correctly saw it as a veiled attack on Biden’s mental capacities, and the other candidates quickly rushed to the former Vice President’s defense.  As they say, “If you come for the king, you best not miss.”  Castro missed by a mile.  He’s cooked.

ANDREW YANG – Though the plan was spelled out well in advance, Yang’s proposal for a $120,000 giveaway to 10 lucky families who visit his website came across as tacky and beneath the dignity of even a Presidential debate.  One bright spot: if Yang’s Presidential prospects fizzle, he can easily get a job at Publishers Clearing House.

All 10 candidates who appeared in last night’s debate automatically qualify for the October debate, along with any other candidate who manages reach the bar of 130,000 individual donors and more than 2% support in four individual polls.  Since businessman Tom Steyer (who was absent from last night’s cotillion) has already cleared that bar, that means we’ll have at least 11 candidates debating, necessitating a two-night event on October 15-16.  CNN and The New York Times will co-host the debates from Westerville, Ohio, so, as we always say, be there or be square.