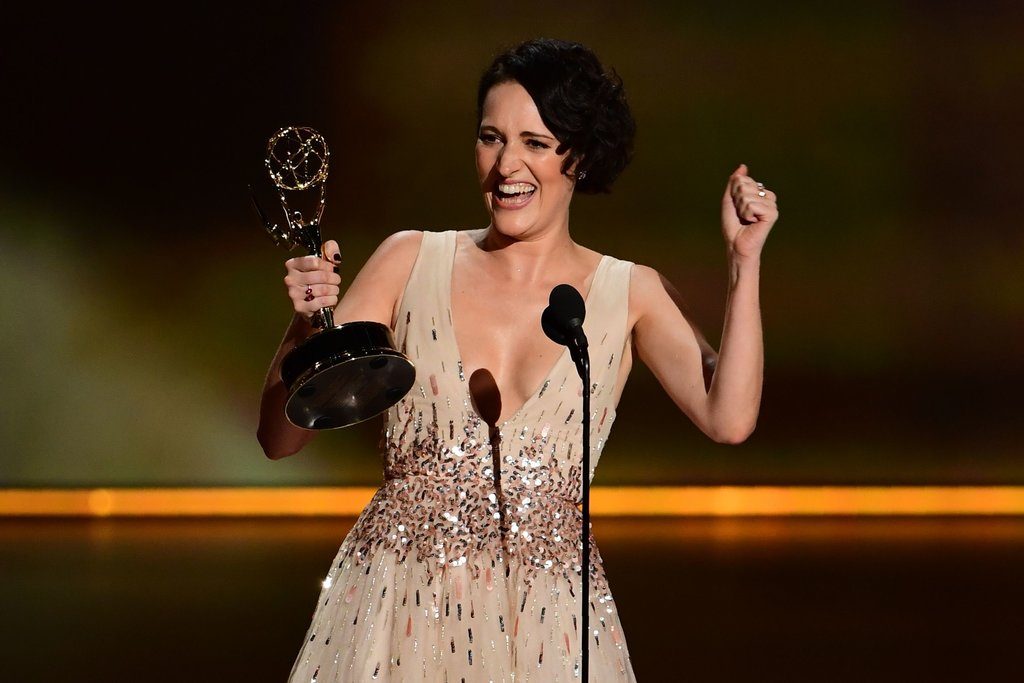 The least surprising part of Sunday night’s presentation of the 71st Emmy Awards was that it was filled with surprises.
Not so much on the drama series side. As expected, the final season of “Game of Thrones” marched off with the Emmy for Best Drama Series, and Peter Dinklage remains the only “Game of Thrones” actor to win an Emmy for the series after claiming his fourth statue for drama Best Supporting Actor. Four “Game of Thrones” actresses were nominated for Best Supporting Actress and, predictably the votes were split, allowing “Ozark’s” Julia Garner to take home that big prize. In the leading categories, Billy Porter (“Pose”), who sported an extra wide-brimmed hat instead of his usual award-show gown, became the first openly-gay black actor to win an Emmy, and Jodie Comer bested her “Killing Eve” co-star Sandra Oh for Best Actress.

It was in the comedy arena, however, that the surprises really occurred. The evening began with two supporting wins for actors from “The Marvelous Mrs. Maisel,” with Tony Shaloub named Best Supporting Actor and Alex Borstein repeating as Best Supporting Actress. While those wins suggested a big night ahead for “Mrs. Maisel,” that was not to be the case as the Amazon series “Fleabag” swooped in to take the Emmys for Best Writing and Best Directing. “Fleabag” series creator Phoebe Waller-Bridge unexpectedly won Best Comedy Actress (over the sentimental favorite, “Veep’s” Julia Louis-Dreyfus, thus thwarting Louis-Dreyfus’ bid to become the most honored Emmy acting winner ever), and “Fleabag” ultimately won the Emmy as the year’s Best Comedy Series.
In the reality arena, repeat winners continued their streaks with “Last Week Tonight with John Oliver” once again taking Best Variety/Talk Show and best Writing in that category. “Saturday Night Live,” the night’s sole winner from a broadcast network, was named Best Variety Sketch Series and also picked up a trophy for Best Directing. In the Reality Competition Series race, “RuPaul’s Drag Race” won the Emmy for the second consecutive year, and, at last week’s Creative Arts Emmys, the show’s host, RuPaul Charles, won his fourth Emmy as Best Reality Competition Host, tying the record set by “Survivor’s” Jeff Probst.

In the long-form arena, the race was thought to be between the Netflix limited series “When They See Us” (focusing on the Central Park Five case) and HBO’s “Chernobyl” (about the notorious Russian nuclear disaster). However, “Chernobyl” largely swept the board on Sunday, winning Best Writing, Directing and Limited Series. Jharrel Jerome manged to take home to Best Actor Emmy for “When They See Us,” and four-time Oscar nominee Michelle Williams won her first Emmy for her brilliant performance as Gwen Verdon in FX’s “Fosse/Verdon.”

The hostless Emmy presentation was largely a listless affair with occasional perks from such presenters as Maya Rudolph. Most of the scripted bits (such as an endless routine from presenter Ken Jeong) laid an egg, but several of the acceptance speeches proved to be quite sincere and moving, particularly from Supporting Actress/Limited Series winner Patricia Arquette (“The Act”) who paid a loving tribute to her late trans sister Alexis.

“Game of Thrones” and “Veep” were given tasteful send-offs on the telecast, but their departures only made Emmy watchers even more excited about next year’s Emmys, with drama series returnees “The Crown,” “The Handmaid’s Tale,” “Westworld” and “Stranger Things” all going head-to-head. It’s going to be a race for the ages, and we only have 12 more months to wait.
This article originally appeared in Next Best Picture.