Is Makota Shinkai the New Future of Japanese Animation? With His Latest, “Weathering With You,” All Signs Indicate Yes 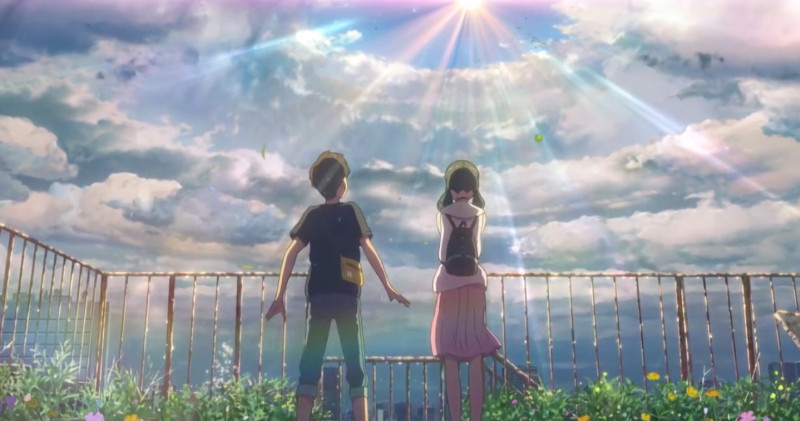 Though animation fans certainly know the work of the great Japanese animator Hiyao Miyazaki and his famed workplace Studio Ghibli from such films as the Oscar-winning “Spirited Away,” they have been looking for the next great Japanese animator ever since Miyazaki announced his retirement from feature films in 2013. They may have found him in Makota Shinkai, the acclaimed Japanese animator who achieved worldwide fame with his one-of-a-kind romantic drama “Your Name” (2016), which is widely considered to be a contemporary animated classic and grossed over $361 million worldwide.

Shinkai shares with Miyazaki a love of fantastical stories, but unlike the Japanese master, who set his stories against fantasy-like backdrops, Shinkai’s films usually are firmly grounded in contemporary life, often set in large cities. His latest film, “Weathering With You,” offers those same pleasures, telling a magical story about weather, set against the backdrop of modern-day Tokyo, and like “Your Name,” the focus is on a love story between two teenagers that also happens to involve magical powers.

In “Weathering With You,” which is completing its Oscar-qualifying run this week in Los Angeles, 16 year-old Hodaka Morishima (voiced by Kotaro Daigo) leaves his island home in hopes of getting a job and hopefully a better life. En route to Tokyo on a ferry, he is nearly swept out to sea in a storm and is saved only by Keisuke Suga (Shun Oguri), a magazine publisher who gives the boy his card and asks him to call if he ever needs help.  Hodaka tries to make it on his own, but the big city has nothing to offer the young runaway except for a free Big Mac slipped to him by young McDonald’s server Hina Amano (Nana Mori).  Desperate, he calls Suga, who hires him as a reporter for his sleazy gossip magazine.

Hodaka is assigned to find the legendary phenomenon of “weather maidens,” young women who can control the weather and are in great demand, since Tokyo has had rain every day for months. In his search, Hodaka is reunited with Hina, who reveals that she is indeed a weather maiden herself. As the teens begin to fall in love, they hatch a plan to monetize Hina’s skills, creating a business where customers would hire her to temporarily open the clouds so that the sun will shine through for special occasions.  The service becomes a quick hit, but the teens soon learn a major tragic lesson — that you cannot control the weather because, in the end, the weather always controls you.

“Your Name” had an added complexity with its story being told over multiple timelines, so, by comparison, “Weathering With You,” is relatively straightforward (though still effective) in laying out its romantic tale. One major asset in particular is Shinkai’s skill in capturing how teenagers around the world really behave, and as different as Hodaka and Hina are to one another, they both have that familiar longing to find their place in life that so many teenagers share.

One of the main characters in all of Shinkai’s films is the sky — he seems fascinated with it — and while his scenes looking up at and flying through the skies are stunning, I contend that Shinkai’s real technical achievement is his precision in capturing the small details of urban life. (Look closely at the precise detailing of the Big Mac box, for example.) His visuals are so sharp that you might mistake them for a photograph at first glance, but there’s an intensity of color in his drawing that no camera could provide.

If it’s true that “Weathering With You” doesn’t deliver the same emotional climactic punch as “Your Name,” it’s understandable, because Shinkai’s new film wisely plays it in a much lower key. But the emotion for which Shinkai is known is here, as well as his ever-present eye — that ability to see what’s right in front of you and enhance it through animation. That’s the hallmark of an artist who may indeed be the new Japanese master.

The article originally appeared on Next Best Picture.